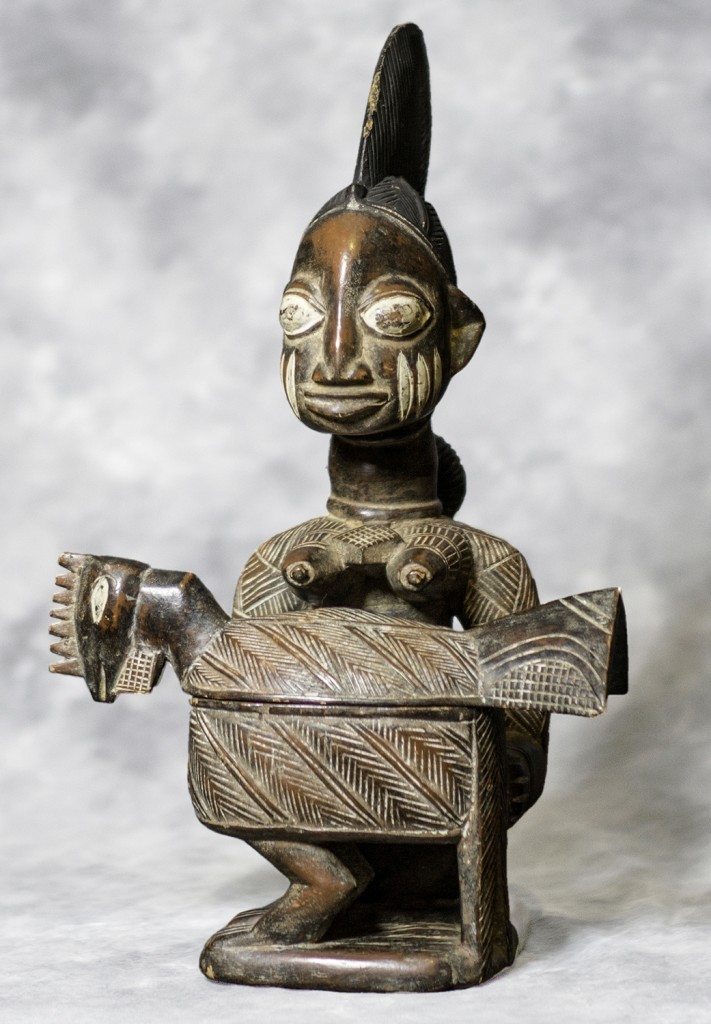 This agere container is used to store the sixteen sacred palm nuts that an Ifa priest manipulates as part of divination rituals. This work takes the form of a mother making an offering. Women occur often in agere representation, since the vessel is traditionally associated with female attributes. The scars on the figure’s cheeks are the most common form of scarification among the Yoruba and are associated with progressive status change.