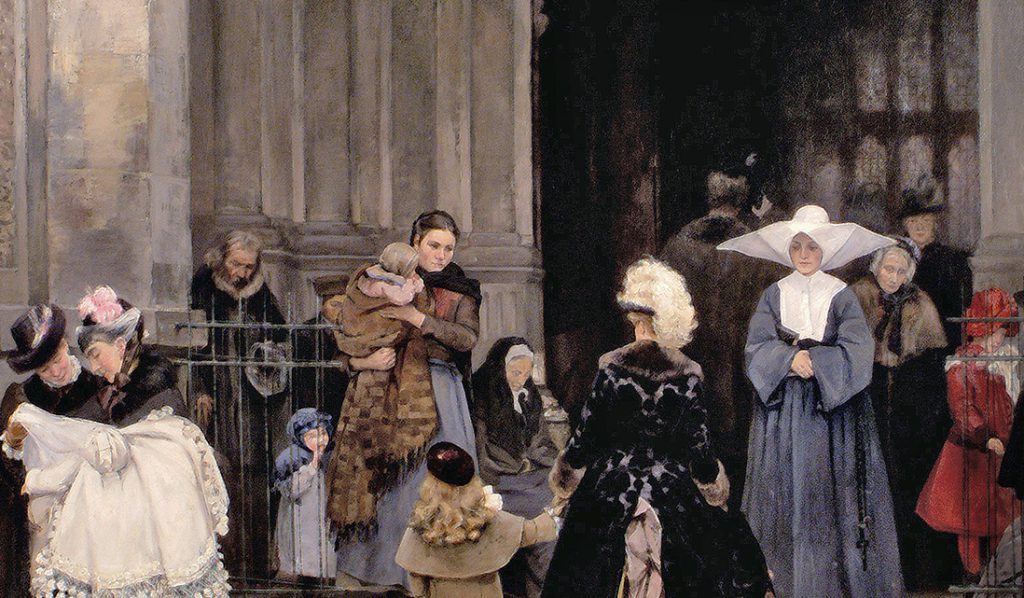 Richard Hall was a naturalized French citizen, born in Finland of Swedish parents. His late academic style of painting includes landscapes, portraits, and genre scenes. This large canvas depicts French parishioners outside the abbey church of Saint-Germain-des-Prés in Paris.  Painted in the era’s prevailing naturalistic style, the scene is a quiet confirmation of 19th century class distinctions evident through costume and subtle gesture. Fur-trimmed coats, feathered hats, and the large stiff winged headdress of a nun contrast with the coarse clothing of the poor who huddle on the church steps. The two women at left attend to a baby whose elegant clothing suggest the infant’s baptism; their finery is contrasted with a working class mother standing nearby, who holds her baby wrapped in a heavy brown blanket.