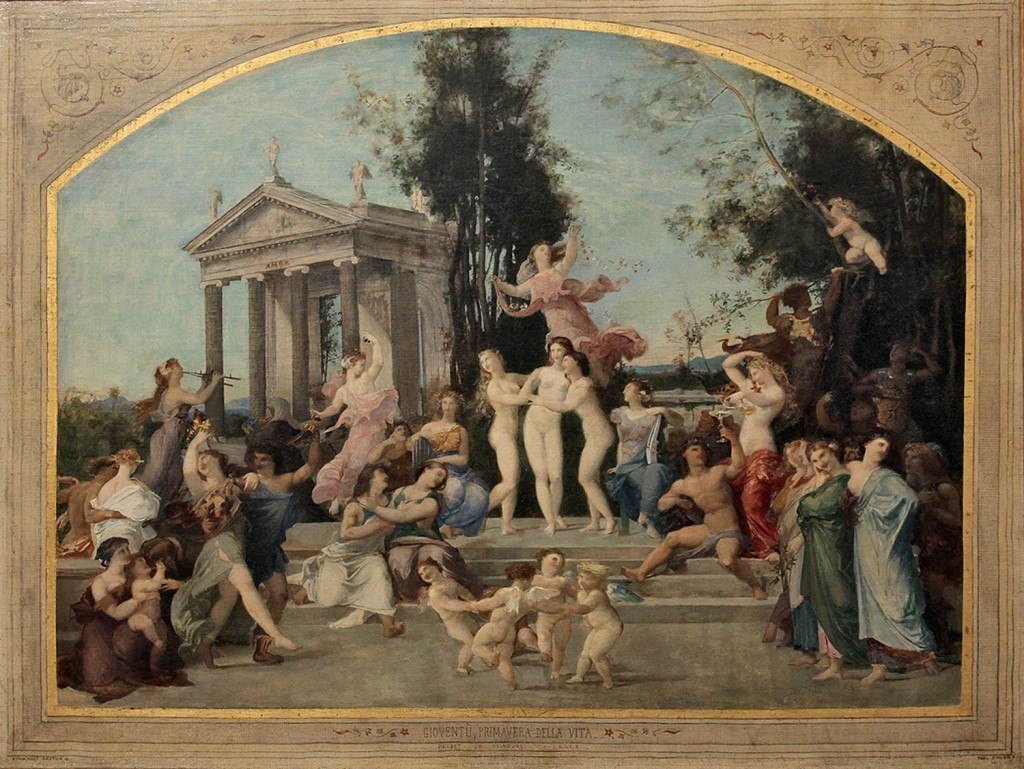 Born into a family of modest means—his father was a shoemaker—Baudry became one of the most important academic painters in France. He is best remembered for his painted murals at the Paris Opera (1865–1874). His art was influenced by Italian Renaissance and Baroque painting. Awarded the Prix de Rome in1850, he spent several years in Rome, where he made this highly finished oil study. Part of the inscription reads “project for a mural painting.” It celebrates youth in a neoclassic scene where loving couples and putti cavort near the Temple of Love—a tribute to the famous Italian Renaissance artist Raphael’s famous painting. A somber note is struck by the female figure on the temple steps who holds a book inscribed “sapienza” (wisdom).