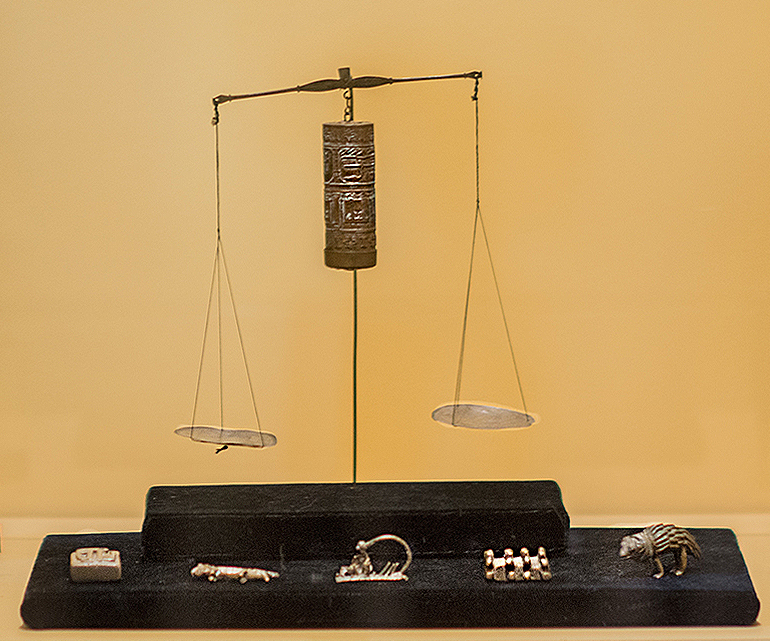 Gold Weight in the Form of a Hedgehog

Gift of George and Nancy Ellis

In Ashanti culture, a set of scales and brass weights for measuring out gold dust was a necessity. The gold mined within the Ashanti Kingdom was used for trading with outsiders, making regalia and personal adornment, and as an internal currency. Many weights are shaped as humans and animals or represent proverbs.

The brass weights have been made for several centuries, and many survive from the 18th and 19th centuries. Their production continued until British colonists banned the use of gold weights, which disastrously affected Ashanti daily life and their complex system of trade.