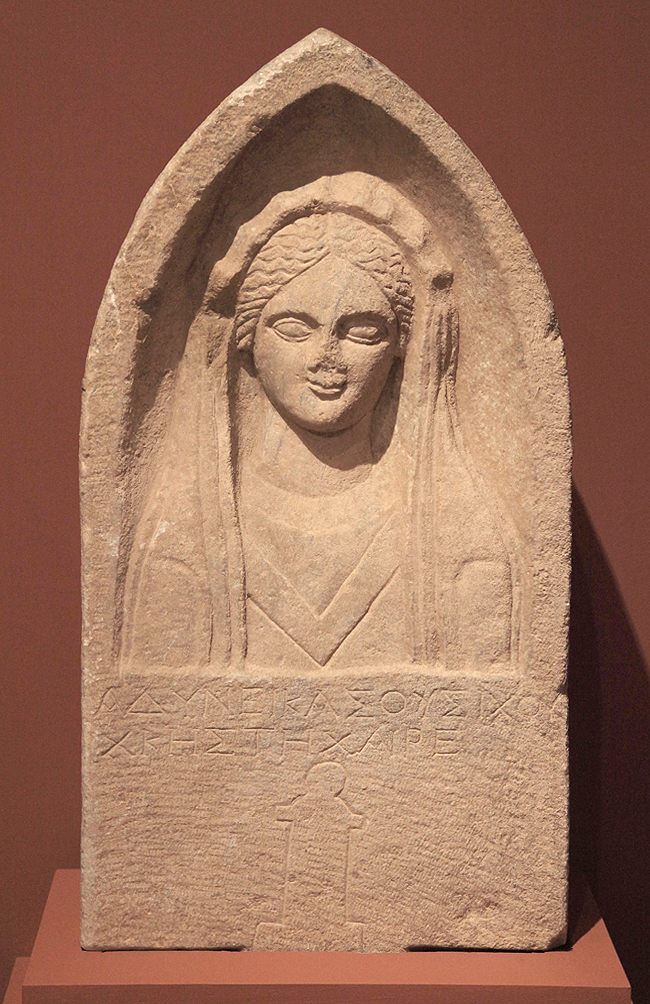 This gravestone is similar to those in use today, but it has a horizontal base intended to maintain its vertical position when placed over the grave. An idealized portrait of the deceased is carved in relief above an epitaph in Greek in the form of an address: “O Hadyneika, you precious one, you who are Susichos’s daughter, farewell!” The scene below depicts the minor Greek deity Psychopompos, represented here as a human head on a pillar. He symbolically led the deceased to the Underworld.