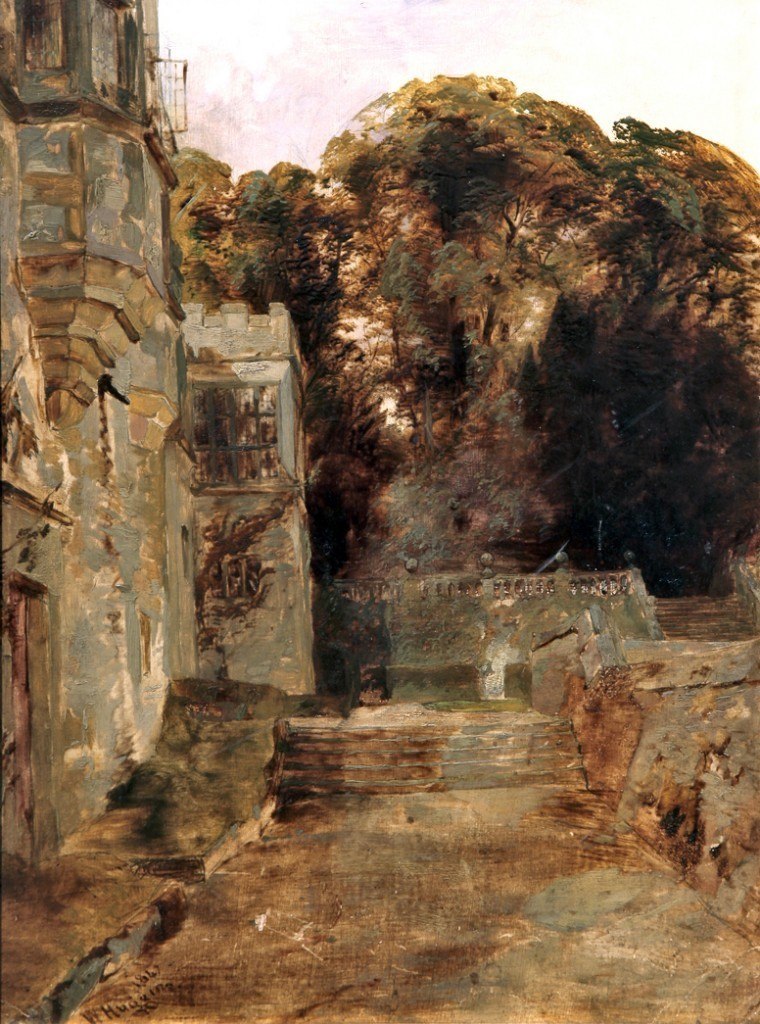 This mysterious, unpeopled painting depicts Haddon Hall, a sprawling stone residence from the medieval and Tudor eras and one of Britain’s finest historic buildings. An expressive view alongside the Hall, it likely represents the approach to the expansive terrace. A human presence is suggested by the open windows at the upper left. Haddon was largely abandoned in the 18th and 19th centuries. Only in the 1920s did its owner, the Duke of Rutland, restore it.

Located in Derbyshire, Haddon Hall lies within the Peak District, Britain’s first National Park (1951). A spectacular setting, it attracted such Romantic artists as J. M. W. Turner and John Constable. Some portrayed the building and grounds, while others used it as a backdrop for historic genre scenes. The region also inspired literary figures, including Jane Austen, Sir Walter Scott, and Lord Byron. Such films as The Princess Bride and Jane Eyre have been shot there. Huggins was a noted animal and landscape painter from Liverpool who also exhibited at London’s Royal Academy.