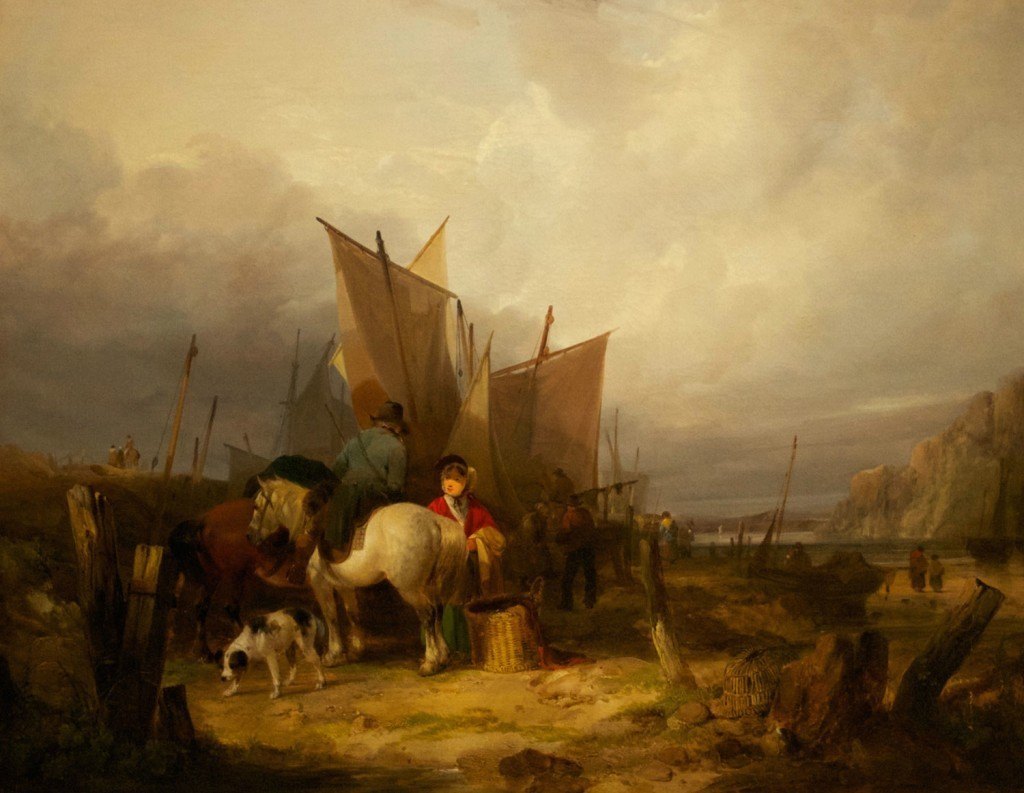 Harbor Scene on the South Coast

Shayer, worked as a coach and furniture painter, and creator of signs and theater scenery until 1819. He then settled in Southampton as a full-time professional artist. He is known to have produced over four hundred paintings and exhibited with the Society of British Artists (1824–1873). Skilled in glazing (layering thin transparent colors over opaque ones), he imparted depth and luminosity to his paintings. From the theater he acquired the device of spotlighting his central figures. Picturesque scenes featured rural folk engaged in every day activities. A somewhat stormy sky over a tranquil and glowing landscape reveals a deep love of the British countryside.