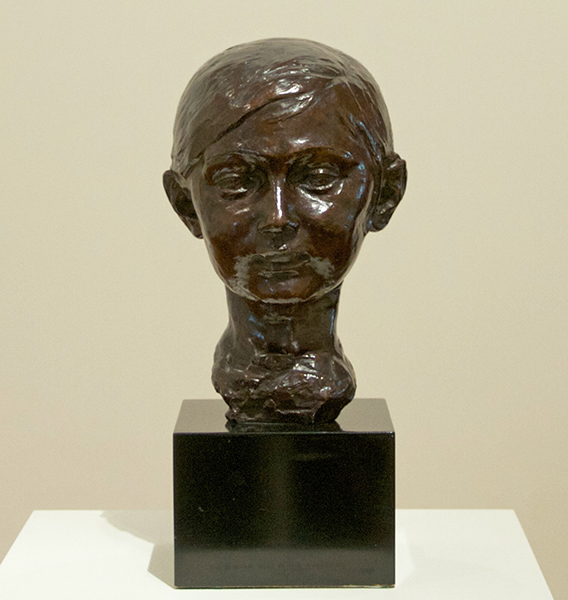 Gift of Mrs. Thomas Wiles in memory of her parents, Mr. and Mrs. Frank M. Fauvre

Morisot married Eugène Manet, younger brother of the artist Edouard Manet, in 1874. Julie was born four years later, when her mother was 37 years old. With more than 100 surviving portraits of Julie, there is no doubt that she was her mother’s favorite model.

Morisot executed this head when Julie was seven.  Perhaps it was fashioned more as a keepsake than as a public work; the original plaster model remains in the hands of Morisot’s descendants. The artist made no casts of the original during her lifetime, and only a dozen have been made since.