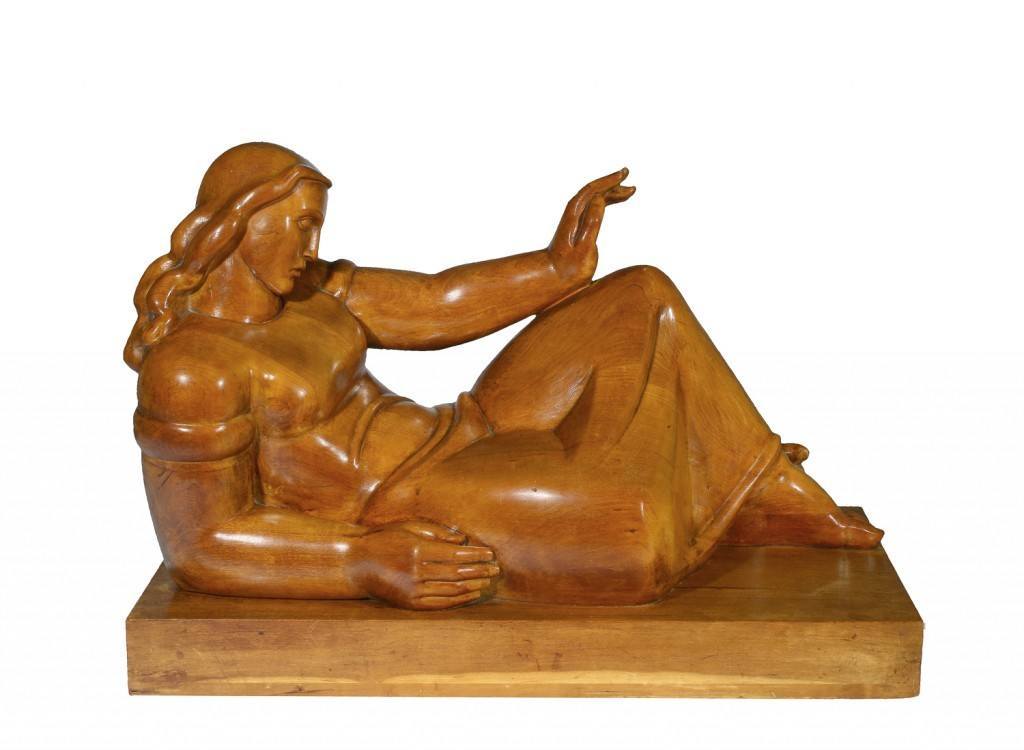 Museum purchase with funds donated in memory of Charles W. Mackey, Founding Board Member and Board President (1988–1998)

An accomplished artist, Wein was awarded every prize possible for sculpture during his illustrious career. In addition, he won the coveted Prix de Rome (1946), and was elected as Academician of New York’s National Academy of Design (1979). He modernized the classical tradition.

Considered Wein’s first major work, Horizons is a direct carving and, therefore, unique. He only made six important direct carvings. This sculpture evokes the aesthetic of modernist figurative art, especially of the 1930s. Volumetric, yet simplified, forms are melded with elegant lines, especially noticeable in the figure’s gesture. Believed to symbolize America as it was coming out of the Depression, the figure is an emblem of hope.