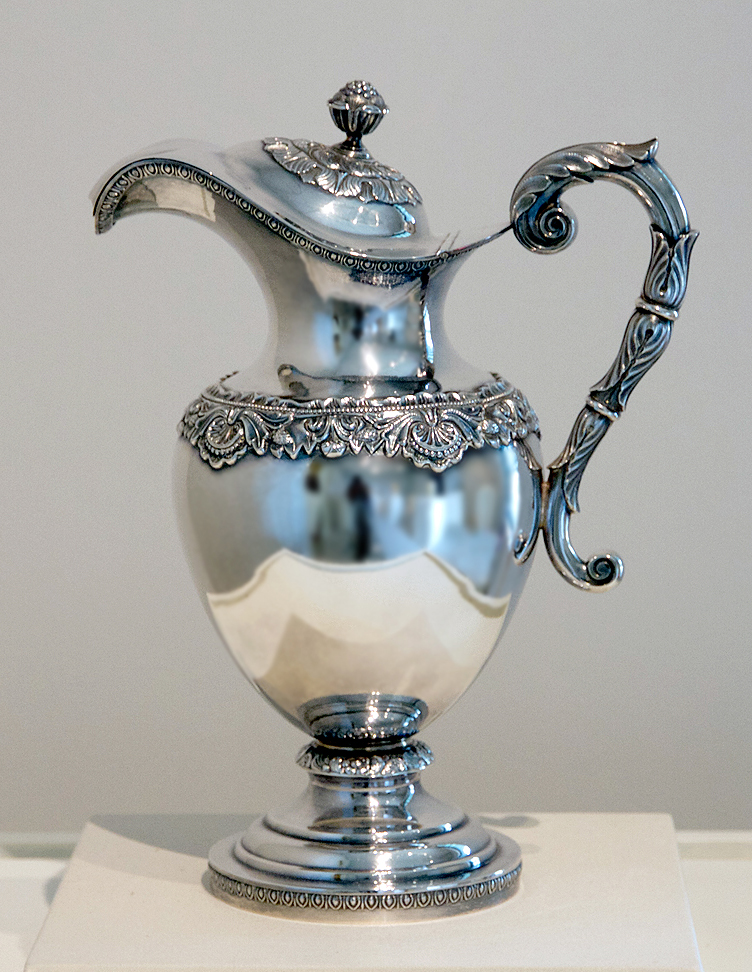 Thomas Fletcher partnered with Sidney Gardiner to create Fletcher and Gardiner (Boston 1808–11, Philadelphia, 1811–36), and together they were considered leading American silversmiths. In addition to beautiful utilitarian objects, they made important presentation pieces such as the Dewitt Clinton Urns (Metropolitan Museum of Art) and the George Armistead Punch Service (Smithsonian). Large pitchers like this one were not made in American silver until about 1800. Those with tall urn–like bodies were said to be modeled after Greek amphorae.