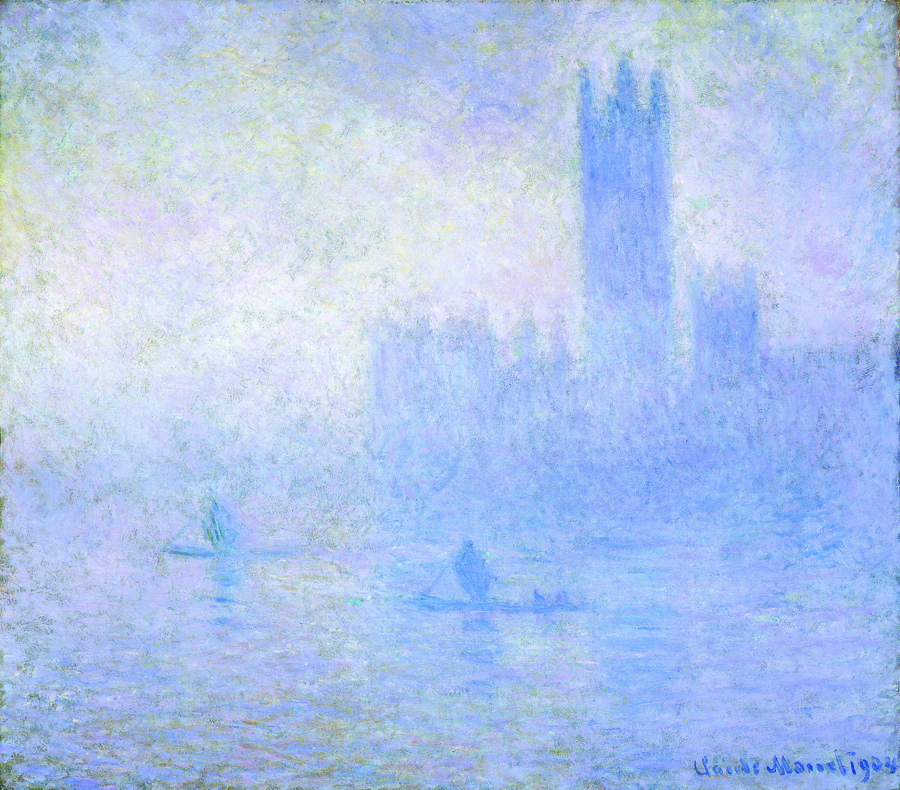 Monet’s London paintings are not so much views of the city through a veil of atmosphere as views of the veil itself, an “envelope” that is infinitely sensitive to changes of weather and light. To convey this, Monet painted the same subject repeatedly under different light and weather conditions. This work was one of 37 exhibited from Monet’s Views of the Thames series in 1904 at the Durand-Ruel Gallery in Paris, a critical success for Monet. The series had three subjects: Waterloo Bridge, Charing Cross Bridge, and the Houses of Parliament. It defies the typical impressionist practice of painting outside directly from the subject. His last London trip to paint the Thames was in 1901. Monet completed numerous canvases over the course of three years in his Giverny studio in France, rather than in London.