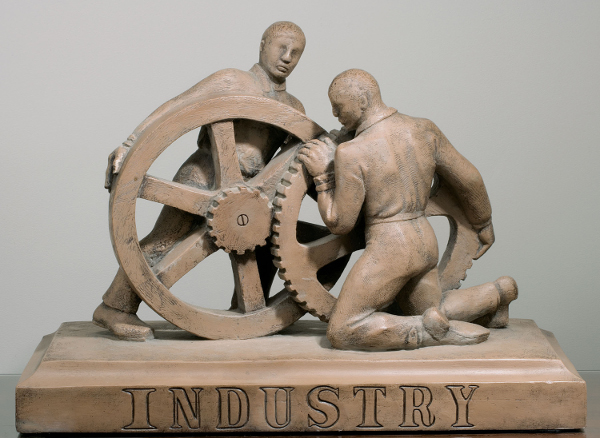 Sardeau was born in Belgium, and trained at several New York schools, including Cooper Union Art School and the Art Students League. She exhibited in museum exhibitions with regularity during her career, and was married to artist George Biddle.

This sculpture is a rare, painted-plaster scale model. It is likely an alternative proposal for the Greenfield, Massachusetts Post Office, which features her reliefs of Planting and Reaping on either side of a central Mother and Child. It was funded by the Treasury Department’s Section of Painting and Sculpture, from which Sardeau received several commissions. Like other works by Sardeau, Industry demonstrates the artist’s interests in social realism.