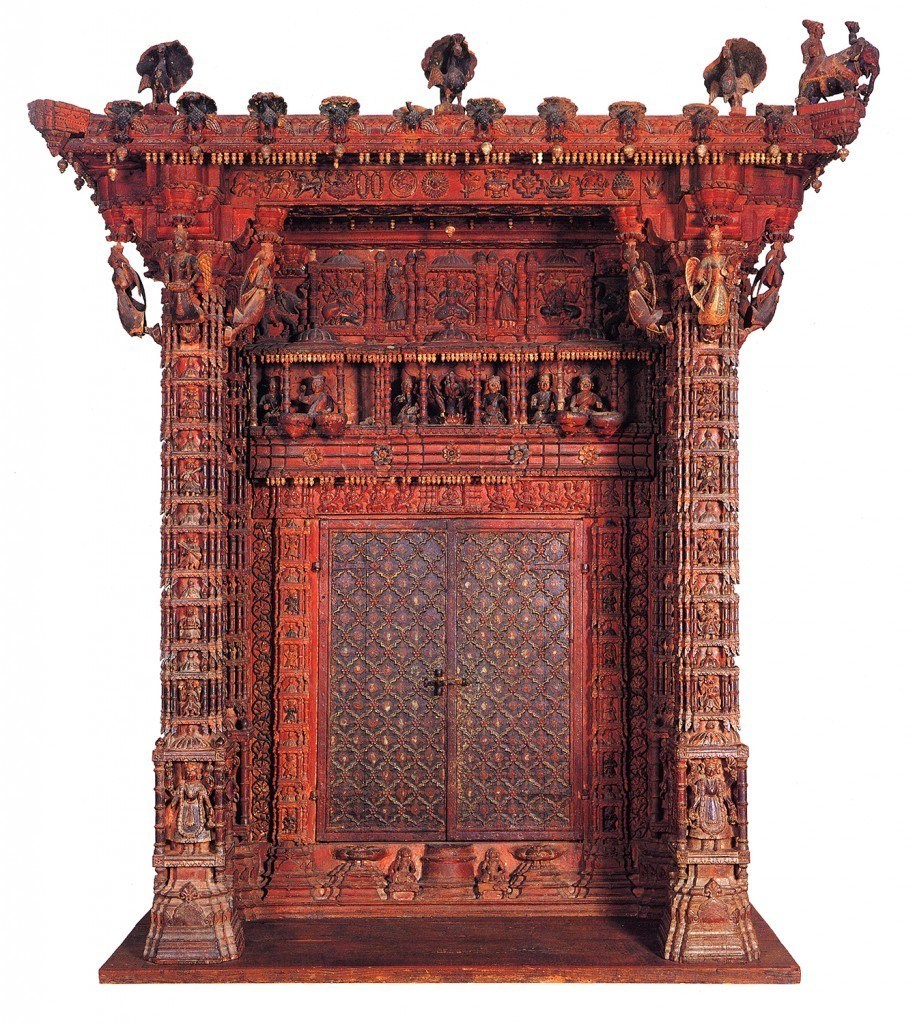 Jainism was founded by the Sage Mahavira (599–527 B.C.E.), a contemporary of Buddha. The religion, dedicated to asceticism and total non-violence, survives, though it has far fewer followers than the older Hindu religions. This shrine is one of only seven currently known in museum collections worldwide. It was probably used for worship in an affluent Jaina family and displays a number of symbolic features. Behind the closed doors was the sacred image, or icon, of one of the twenty-four holy men (Tirthankaras) of the Jaina religion. Joyous figures dancing and playing musical instruments surround the shrine.