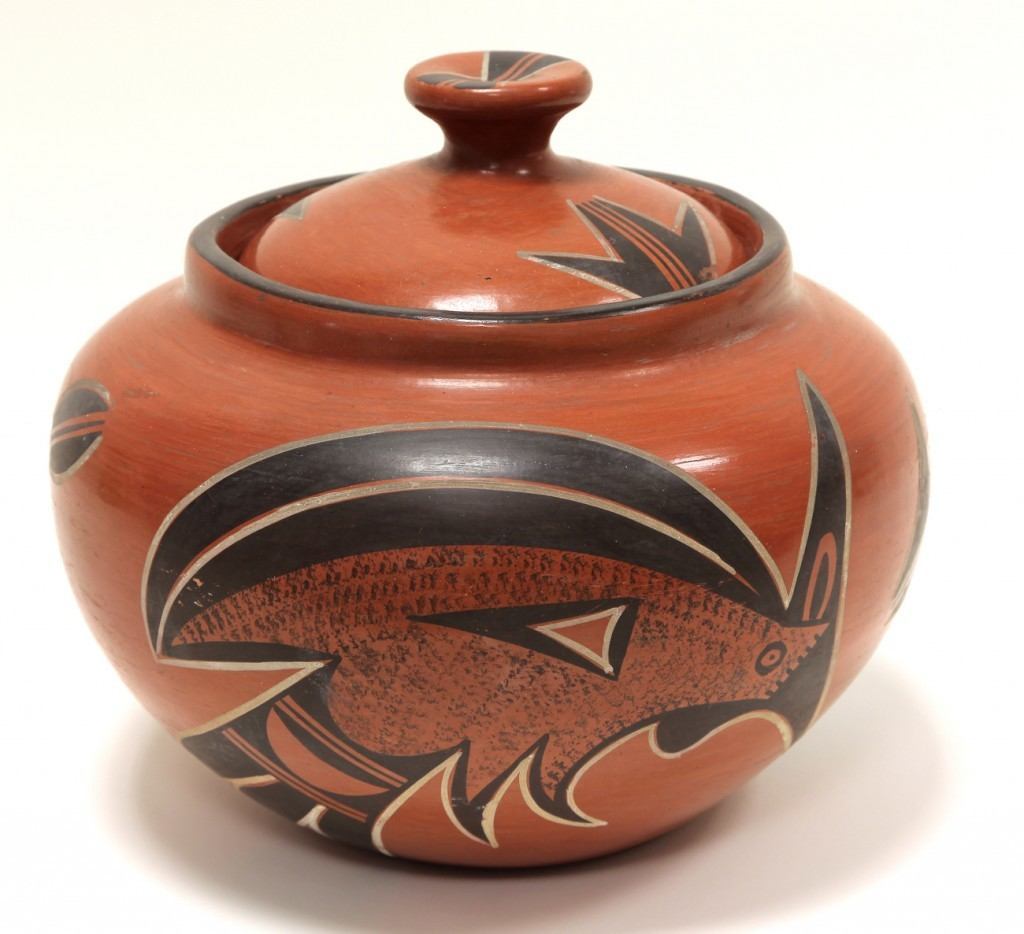 Cheeda, also known as Antelope Woman, favored bold geometric imagery on her redware, as in this example featuring an animal design. It also bears her antelope signature, an animal precious practically and spiritually to those in northeastern Arizona and northwestern New Mexico.