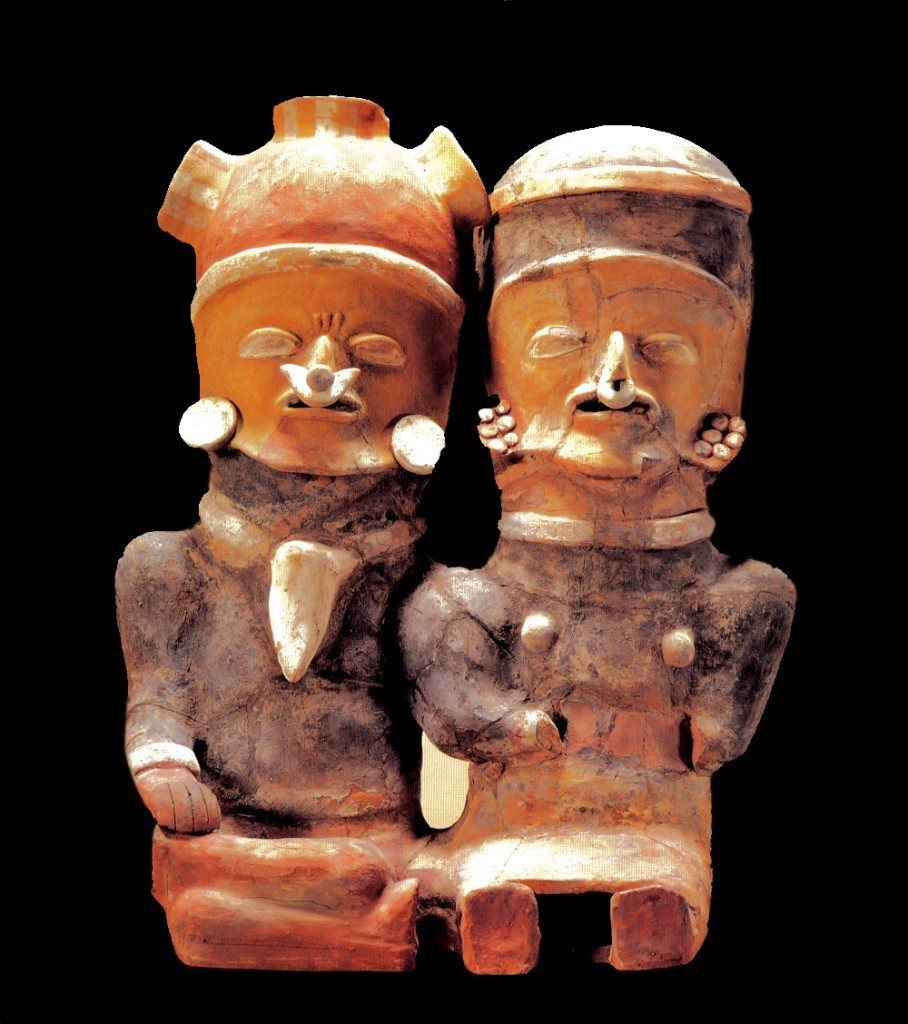 The first ceramic industry in the Americas occurred around 3200 B.C. on the Pacific coast of Ecuador, in the Guayas River region. Four decades ago, when this area began eroding into the sea, a number of ancient burials were exposed. Freely rendered figures with large heads and turbans were found. In the museum’s example, conceived as a single unit, both figures are clothed and have well-delineated features, with charming headdresses and detailed ear, nose, and neck adornments. The male wears tusklike pendants or amulets. The female’s hands are missing; they probably originally held either a small child or a ritual offering of some kind.