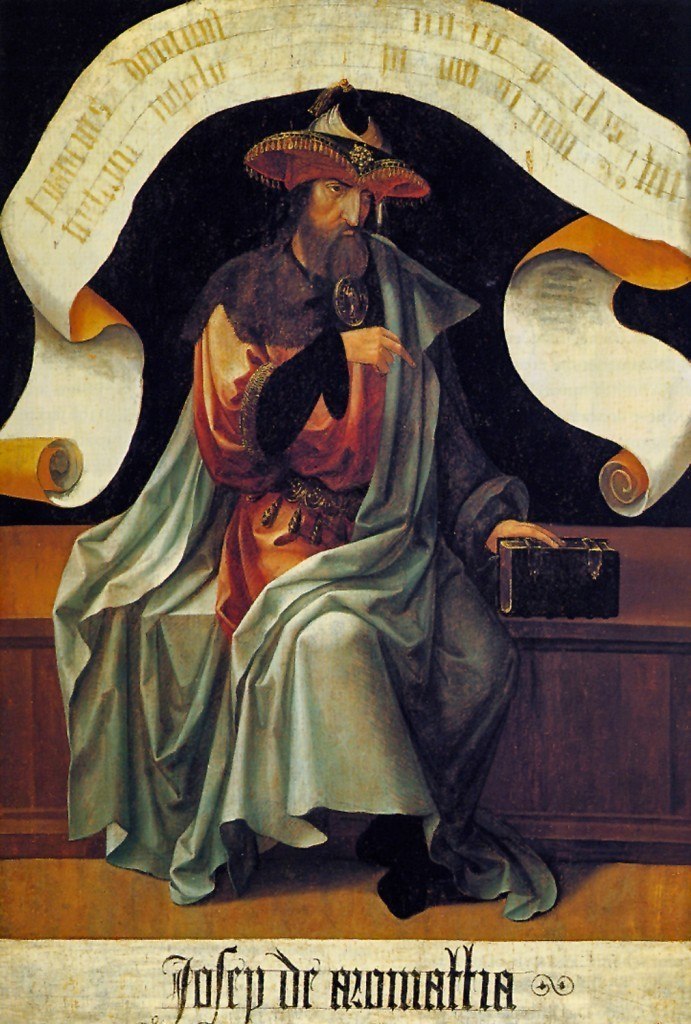 Attributed To B. De Castro

This painting reflects the influence of Flemish Renaissance painting on earlier Spanish art, evident particularly in the treatment of the drapery. It could have belonged to a church decoration, possibly part of a retablo (located behind the altar). Similar panels by the same hand (now separated, most notably those in the North Carolina Museum of Art) may have had a scene of Christ’s Passion above them. The other panels also represent the “Judges of Christ,” which included Joseph of Arimathea. Joseph is sometimes seen as part of the Sanhedrin (a Jewish tribunal) that harshly judged Christ, but he sought redemption by placing Christ’s body in a tomb on his property. Note the individualistic way that the figure is depicted, gesturing to a book of law.