THE MFA WILL REOPEN TO THE PUBLIC ON TUESDAY, OCTOBER 4
Today:
Today @ the MFACalendar
Open 10:00 am- 5:00 pm & Café Clementine is closed today.
Get Directions 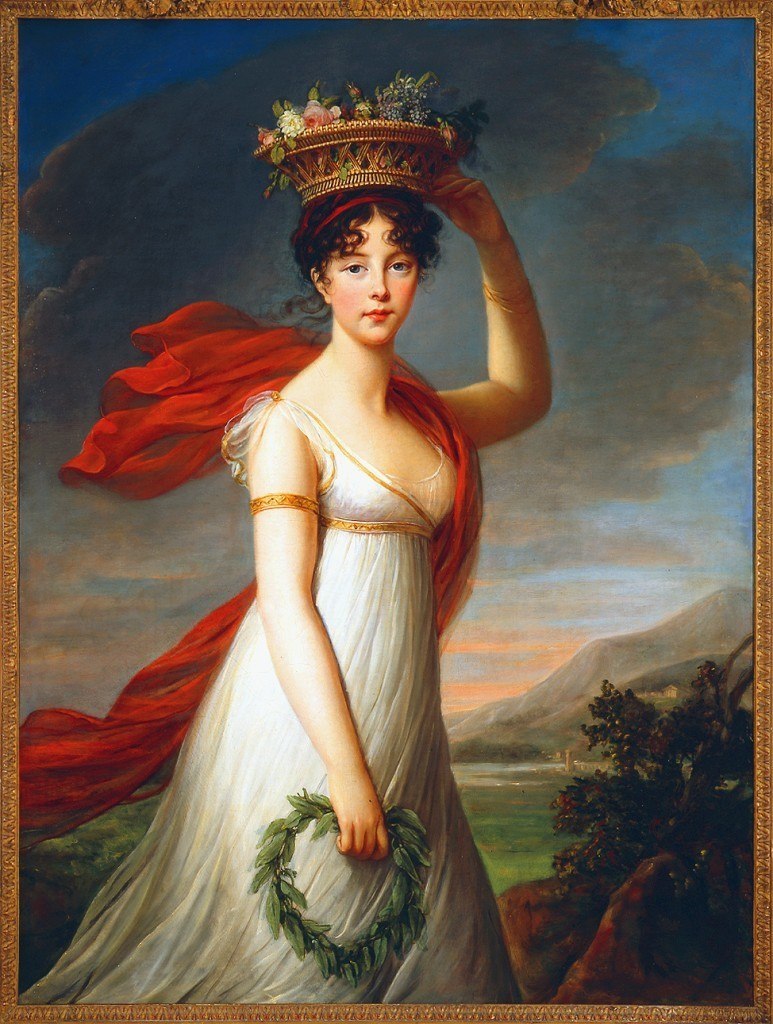 Here, the artist’s daughter Julie (1780–1819) represents Flora, the Roman goddess of flowers, to symbolize youthful beauty. The flowing drapery was inspired by Greco-Roman attire. Vigée-Lebrun spent four years in Italy. She lived for a time in Naples, near the ancient Roman city of Pompeii, which fueled the imaginations of many artists during this period. The landscape here recalls the area’s mountainous coastline.

Vigée-Lebrun was one of the few women elected to the French Royal Academy of Painting and Sculpture (1783). Patronized by Queen Marie-Antoinette throughout the 1780s, Vigée-Lebrun fled France following the Revolution of 1789.  From Italy, she traveled to St. Petersburg, Russia, where this work was created. There, Julie met and married a man of whom her mother deeply disapproved, shattering their close relationship. This is perhaps the last of many paintings she made of Julie.