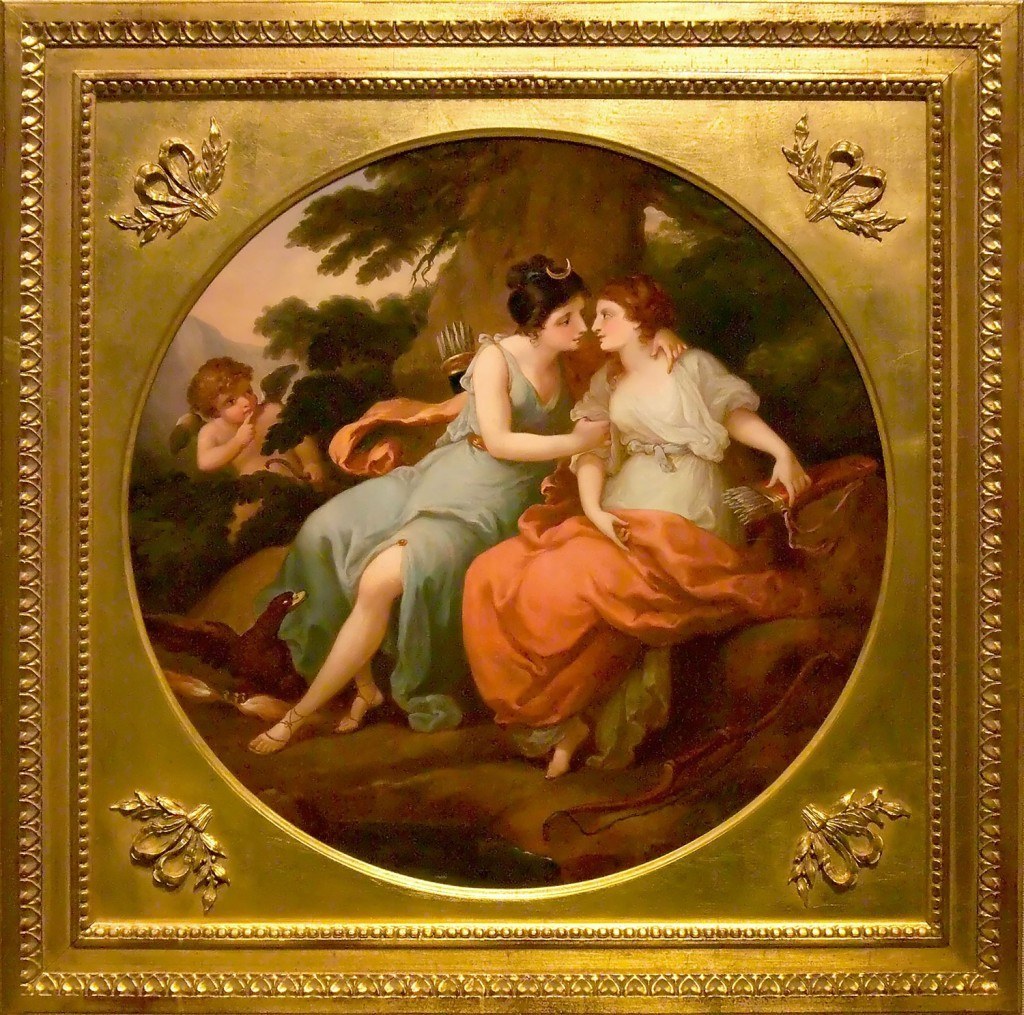 Gift of Herbert Weisinger in memory of his late wife, Mildred

The crescent in her hair is an attribute of Diana as Goddess of the Moon. The bow and arrows suggest her other role as Goddess of the Hunt. The figure in blue is not Diana, but Jupiter disguised as Diana. He is about to seduce Callisto, Diana’s favorite companion who belonged to the group of nymphs who followed the goddess.