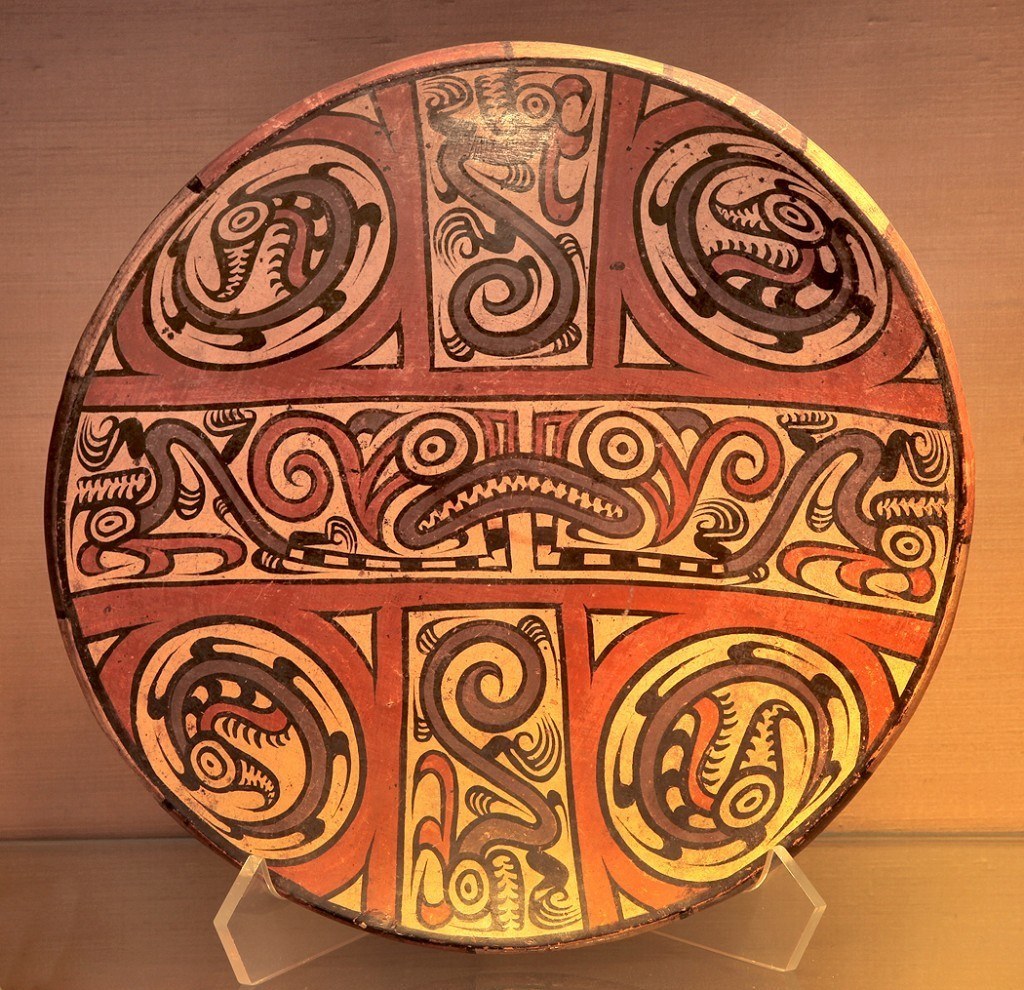 This Coclé dish from the late-period displays an elaborate, inventive design of nine crocodiles.  The plate is divided horizontally through its center by a wide panel displaying a dominant frontal image of the eyes and wide mouth of the beast.  This central mask is flanked on the panel’s extreme ends by inverted profiles of crocodiles.  In a second, divided panel, which runs vertically above and beneath the horizontal one, a full-figure crocodile is shown in profile in each section.  Four additional crocodiles in circular patterns fill the remaining spaces and complete the balanced formality of the round unit.