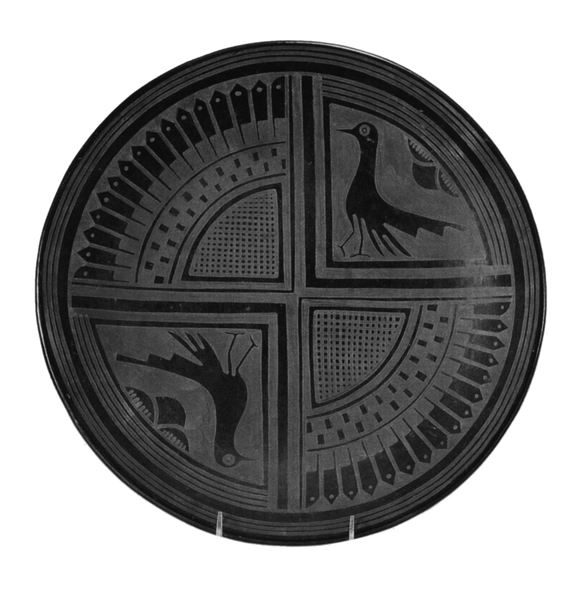 María Martínez and her husband Julián began making pottery for the tourist market in the early twentieth century. Martínez primarily shaped and polished the pots, and Julián painted them.

Black-on-black wares are a speciality of San Ildefonso, and Martinez’s family and the Pueblo continue this tradition, using time-worn techniques and forms. The lustrous, subtle surfaces of these wares were achieved forming the pot by burnishing it with a smooth stone. A red slip (which turns a shiny black after firing) was applied, and black matte designs achieved by painting the decoration on this burnished surface before firing (guaco mixed with clay). The piece here is typical of her distinctive feather pattern. By contrast with the pre-Hispanic ceramics in this gallery, they are neither utilitarian nor ceremonial.