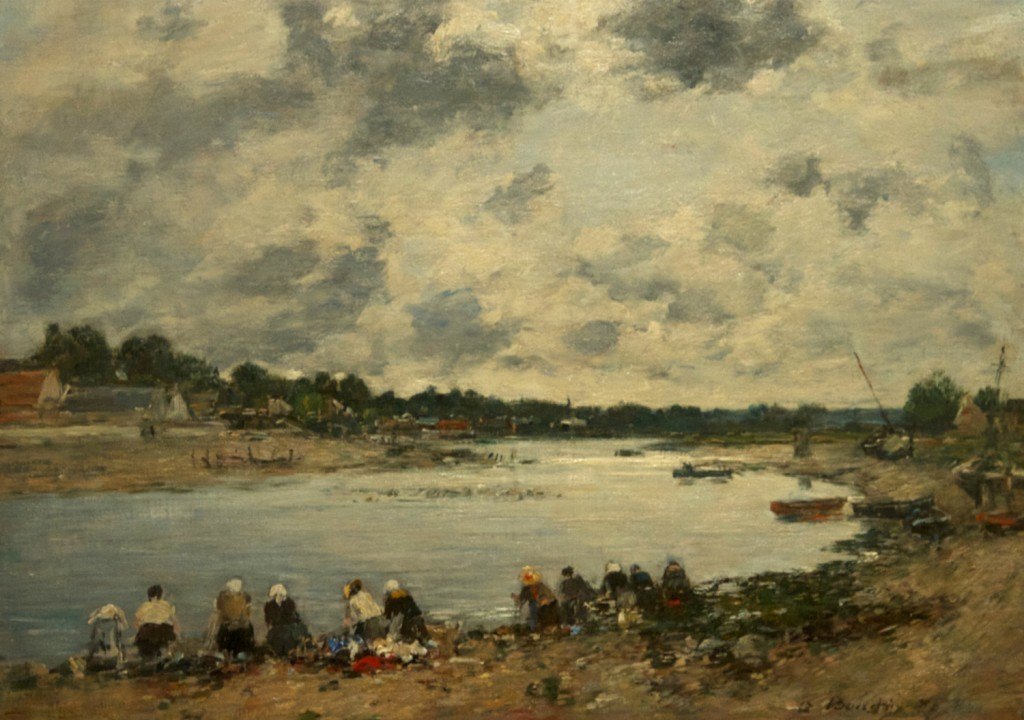 Laundresses on the Shore of  La Touques

Gift of Mrs. Wally Bishop and Friends of Art

In his early days Boudin painted mostly panoramic seascapes and beach scenes with fashionably dressed people outlined against vast areas and luminous skies. In his later years he developed an admiration of the working class. In this painting of women washing clothes on the banks of a French river in Normandy, Boudin still continues to produce painting his subjects before a body of water with a background dominated by magnificent clouds. Boudin, called by Corot the “master of the skies,” advocated painting out of doors believing “three brushstrokes painted from nature are worth more than two days of studio work.” This affinity with nature profoundly influenced the Impressionists, especially Monet, who said Boudin “opened his eyes.”