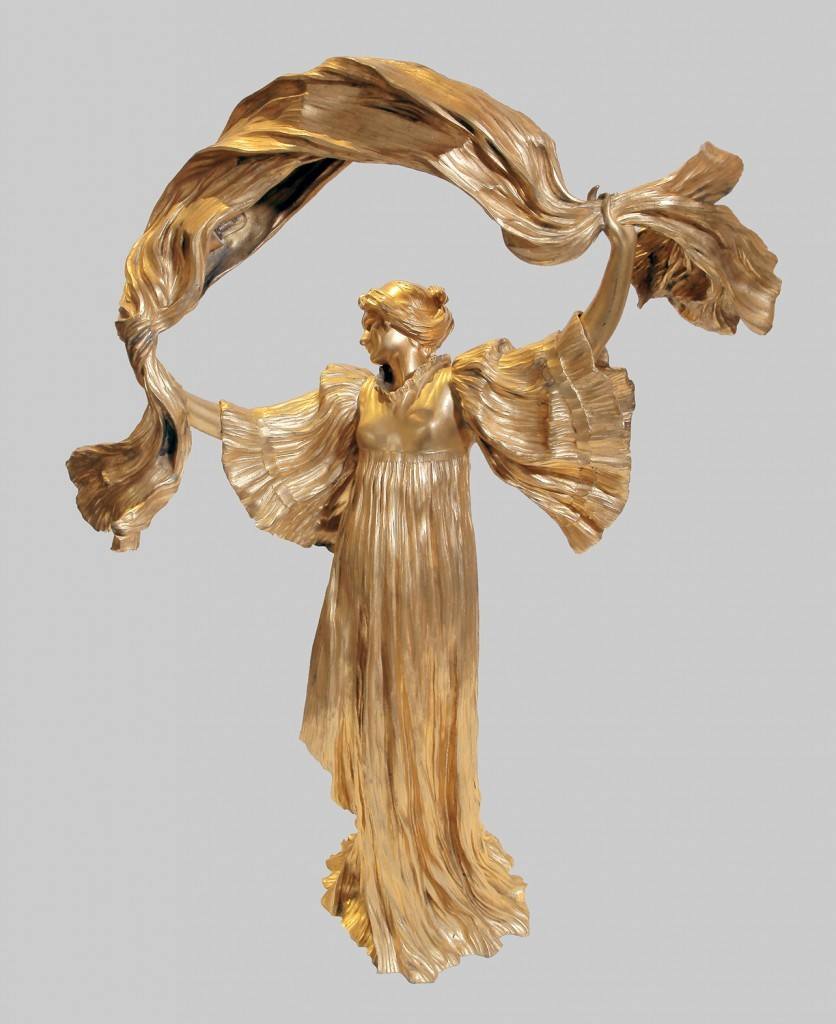 Léonard (born Agathon Léonard Van der Weydeveld) studied at the Acadèmie des Beaux-Arts in Lille. In 1868, he exhibited at the Paris Salon. He began training under Eugène Delaplanche at the École des Beaux-Arts in 1887, also joining the Society of French Artists. Léonard was well-known for his ceramics, especially his studies of dancers. Related to this bronze is a series of fifteen porcelain figures, The Scarf Dance, which was inspired by the famous American dancer, Loïe Fuller (1862–1928). These were manufactured in Sèvres and shown at the Pavillon de Sèvres during Paris’ Exposition Universelle of 1900. They were among the most well-known productions of Sèvres at the century’s turn. Their popularity initiated Léonard’s association with the Susse Frères Foundry in Paris to produce limited editions of various sizes in gilt bronze. This sculpture exemplifies artistic interest in ideals of female beauty during the period. It combines Beaux-Arts’ forms with the sensuous lines of Art Nouveau, a style that applied to art, architecture, and the decorative arts.