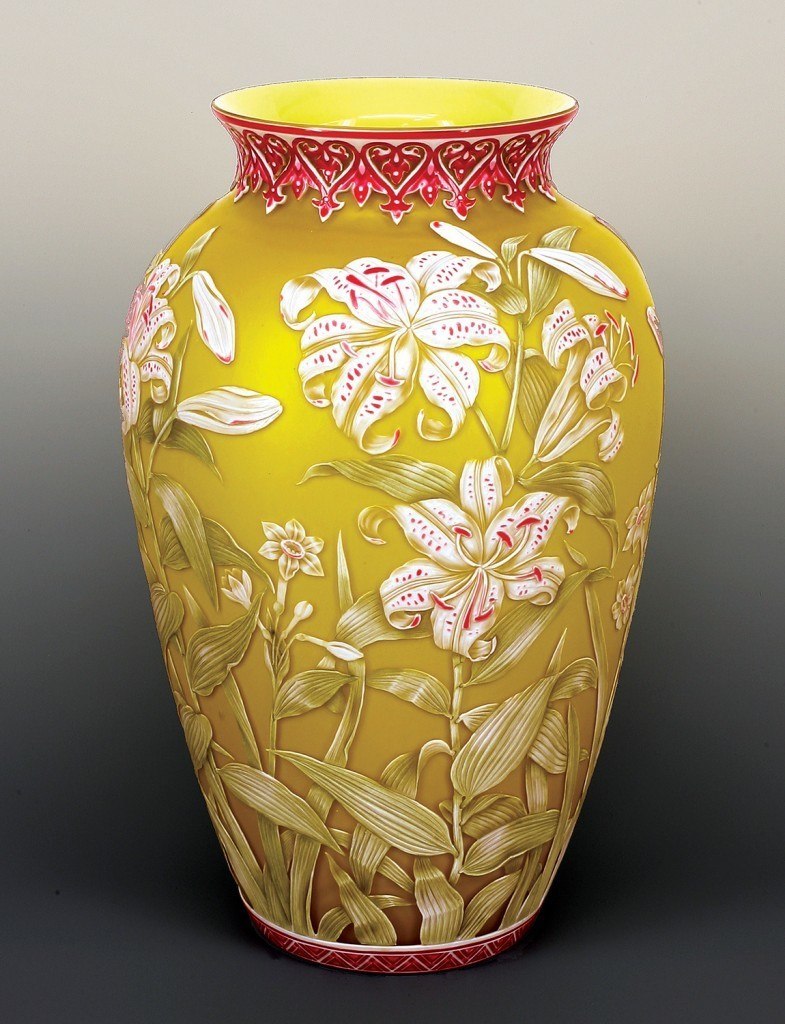 This stunning vase is likely the creation of one of Webb’s most important design teams led by George Woodall (1850–1925) and his brother Thomas. The Woodalls excelled at carving and acid etching layers of cased glass that resulted in virtuoso pieces of cameo glass, and they introduced vibrant colors into the existing pastel palette. They trained with John Northwood who executed a copy of the famous Portland Vase, a 1st century B.C.E. Roman cameo glass vessel destroyed by vandalism in 1845 at the British Museum. Begun in 1876, Northwood’s carved cameo replica took three years to complete and when first displayed instigated a vogue for this painstaking, yet visually arresting art form.  Although invented in Rome around 50 B.C.E., the technique declined with the Empire’s fall. Islamic craftspeople later used it, and it reached another pinnacle in 18th–century China.