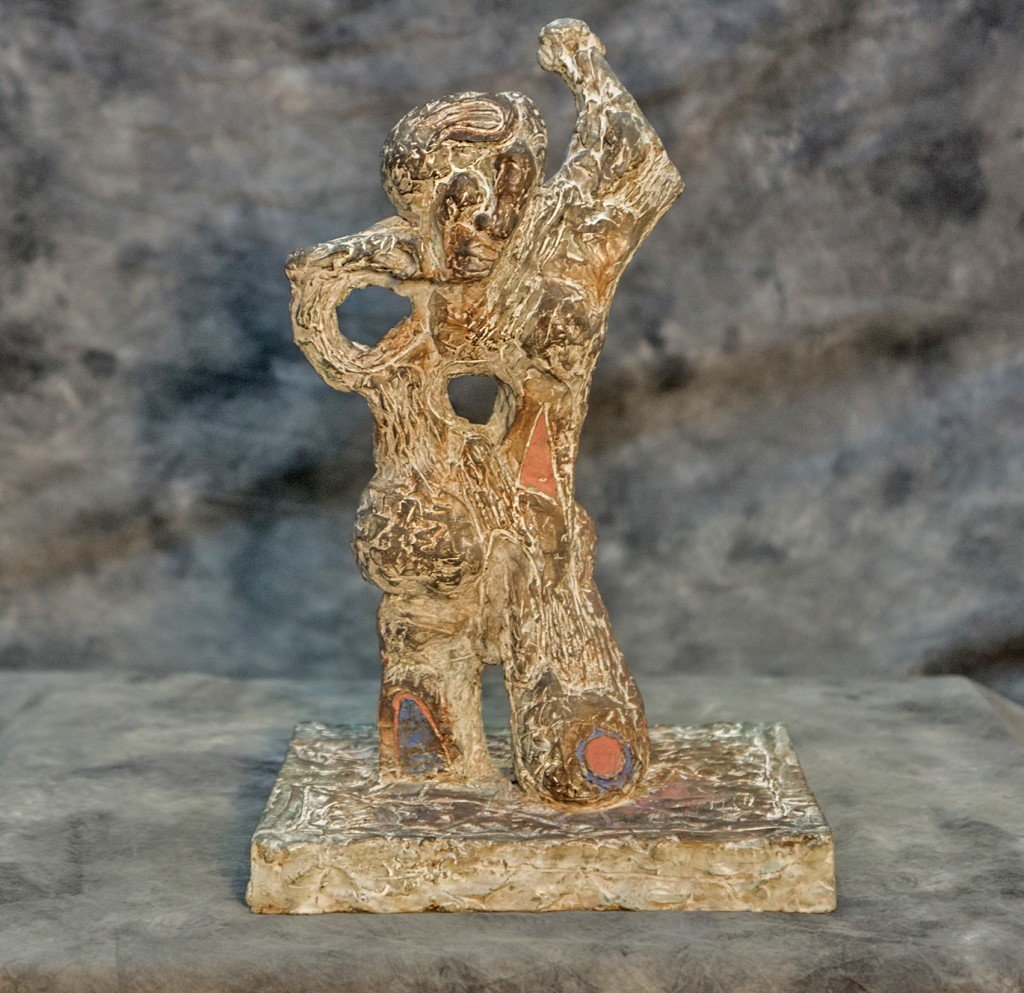 After establishing himself as a neo-expressionist painter, pioneering a style he termed “dithyrambic painting,” Lüpertz began working in sculpture in the 1980s.  His exuberant, rather grotesque figures exhibit rough-hewn surfaces that stand in stark contrast to their traditional references, both biblical and classical. Art historian Donald Kuspit has written of Lüpertz’s subversion of the classical ideal: “This raw figure challenges and undoes the idealist vision of the figure as sublime or transcendental form, which has dominated Western art since antiquity.”

In addition to using traditional poses in his sculpture, Lüpertz often provides titles that reference mythical and biblical subjects–Lot, for instance, is from the Book of Genesis.