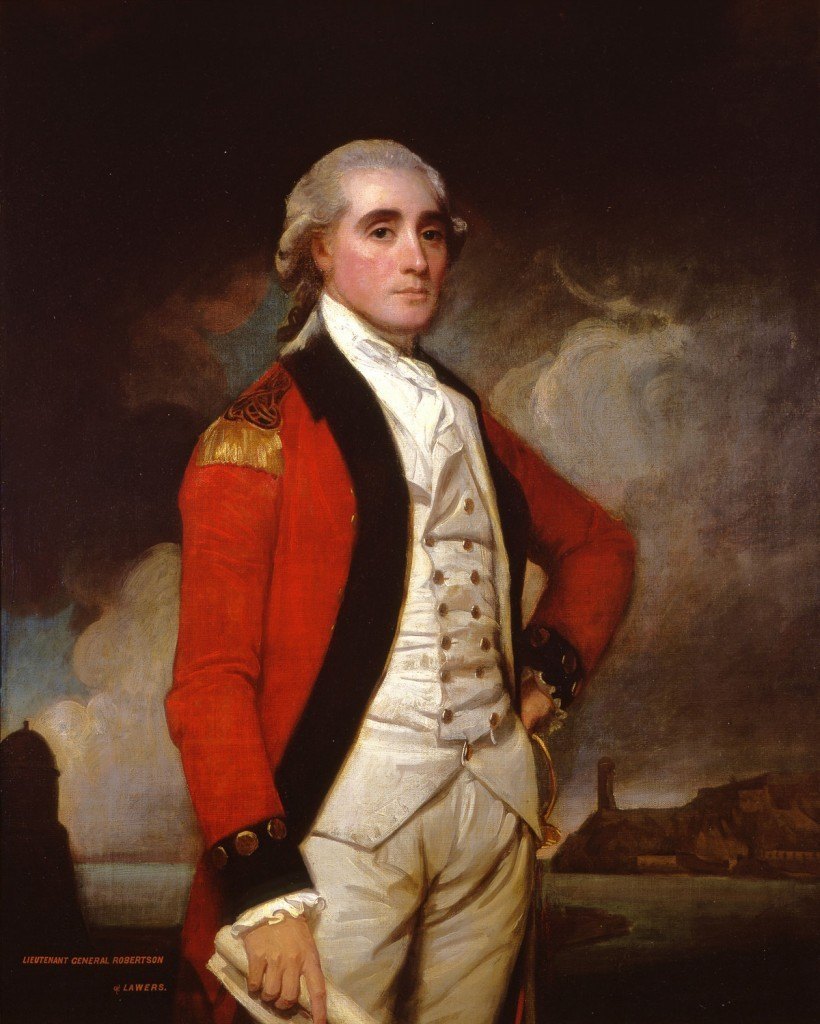 Born to a Lancashire cabinet maker, Romney worked in his father’s business. He was indentured to the itinerant painter Christopher Steele in 1755. He moved to London in 1762 where his talent for making likenesses was soon recognized. It even led to a rivalry between him and the leading portraitist of the day, Sir Joshua Reynolds. He tired of making portraits, but his talents clearly lay in this realm.

The dashing sitter here is the ambitious and successful Scotsman Robertson who rose to the rank of Lieutenant General in 1805. He is pictured here as a major, in the red uniform and black velvet facings of the Corps of Royal Engineers. In the background is Havana Harbor, Cuba, with Castillo del Morro on the right and the Castillo de la Punta on the left. The setting alludes to the then Captain Robertson’s involvement in the Harbor’s capture by the British in 1762. Roberston also fought in the Revolutionary War.