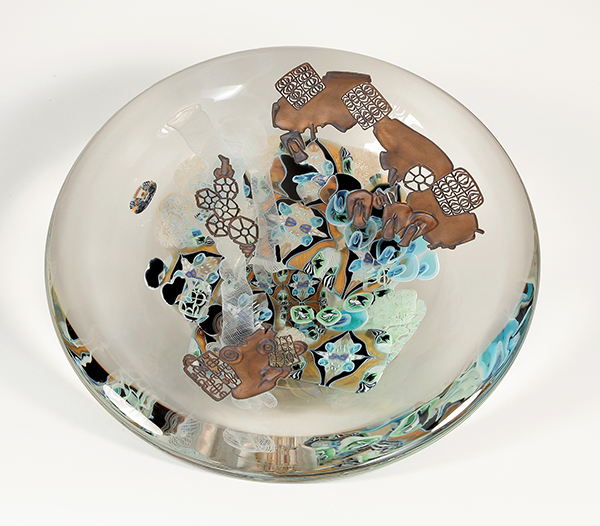 Cast glass with murrine and copper

Ritter abandoned commercial design to graduate from The Detroit Center for Creative Studies in 1968. He then trained at Penland, returning the next summer to teach, and later becoming an artist in residence. He specialized in murrine, an Italian term referring to glass canes that are sliced to reveal colored patterns or an image in the cross-section. Ritter embedded his unusually designed canes in larger pieces, redefining this Venetian tradition. He became so well known for murrine that by 1976 he destroyed many of his canes, as he felt they overshadowed his oeuvre. In the 1980s, he increased the purity of his glass and began making his own colors. In the 1990s, the murrine were again integral to his work.