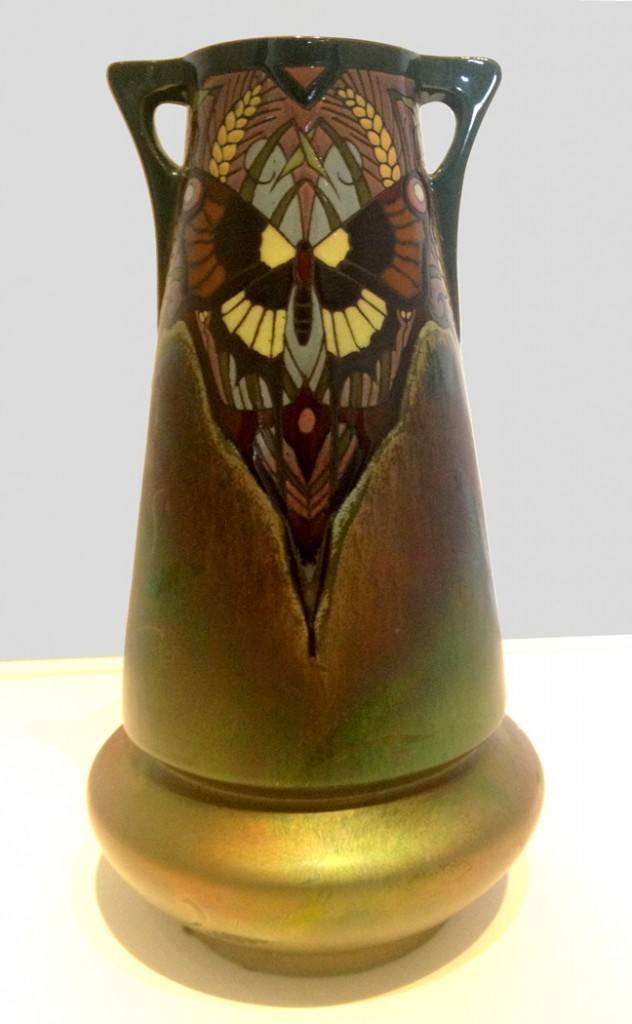 Ceramic with enamel and luster glazes

This early twentieth-century ceramic vase relates to the European and American pottery of circa 1900, especially the forms and motifs of Art Nouveau in France. More restrained than its late nineteenth-century counterparts, it combines lustrous, metallic glaze (usually described as a luster glaze), as in the body of the vase here, with enamel glazed upper portion, as in the embellishment of the moth.

Although ceramic production at Montieres (located in the Picardy region of Northern France outside of Amiens) existed prior to Barol’s arrival in 1917, it reflected new insights from the designs and approach of Barol and his colleague Francois Sicard. Barol was trained early in his life by the Massier family in Golfe-Juan in the South of France. The two were among the four founders of BACS pottery in Cannes, an acronym for Barol, Marius Alexandre, Jean Carles, and Sicards.. Throughout the 1920s, Montieres was more associated with the cleaner and more simplified and stylized lines of modernism and Art Deco. It closed in 1933.