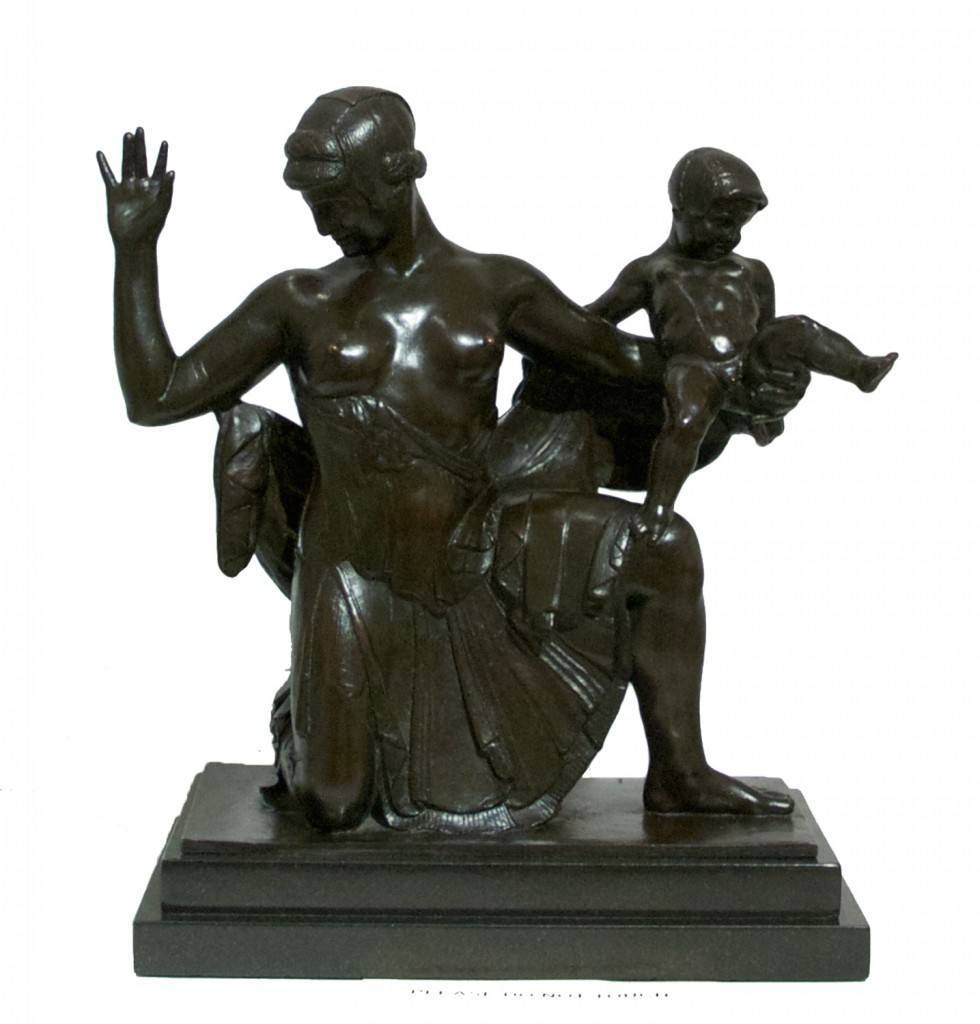 Bronze on a stepped marble base

New York born, Friedlander was an artistic prodigy and worked for a firm that produced architectural ornament. In 1908 he left for Brussels and Paris, pursuing a course of rigorous artistic study, especially of the human form. He later returned winning a fellowship to the American Academy in Rome (1913–1916). In antiquity-filled Rome, he sought inspiration from the static and severe forms of Greek Archaic sculpture. Along with other Rome Fellows, Manship and Jennewein, he was a seminal figure in Archaism, a style that looked forward to Art Deco. Rarely depicted in art, this bronze represents the dramatic moment in the legend of Hercules, as his mother Alcmena discovers he has killed two vicious serpents. Shown as a model at the Architectural League’s 1917 exhibition, it helped launch Friedlander’s career.Compare this work to Jennewein’s more naturalistic First Step in the Sculpture Garden.