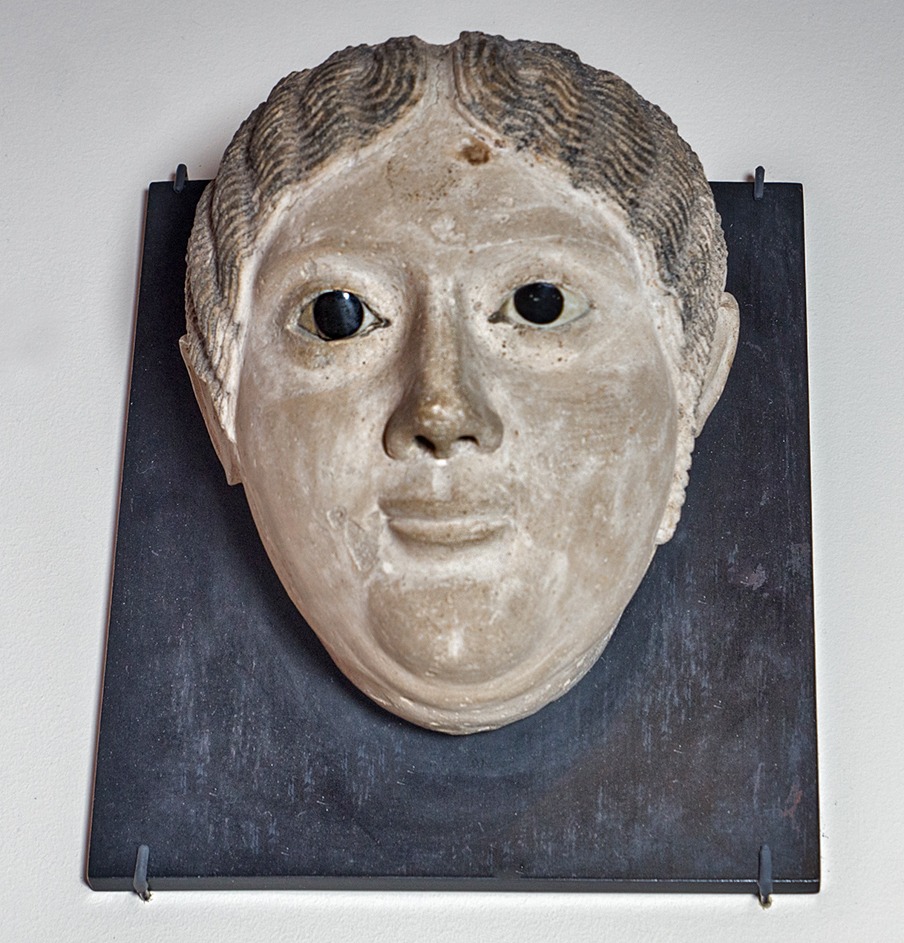 Cartonnage with glass and paint

Cartonnage is a French term used to describe the ancient Egyptian material of linen strips and papyrus mixed together with plaster, similar to paper mâché or a cast. As a part of burial rites, the mummy was encased in cartonnage, which was shaped while still wet in order to conform to the body’s contours. Mummy masks were designed with generic features, enlivened by inlaid glass for the eyes, as in this example.