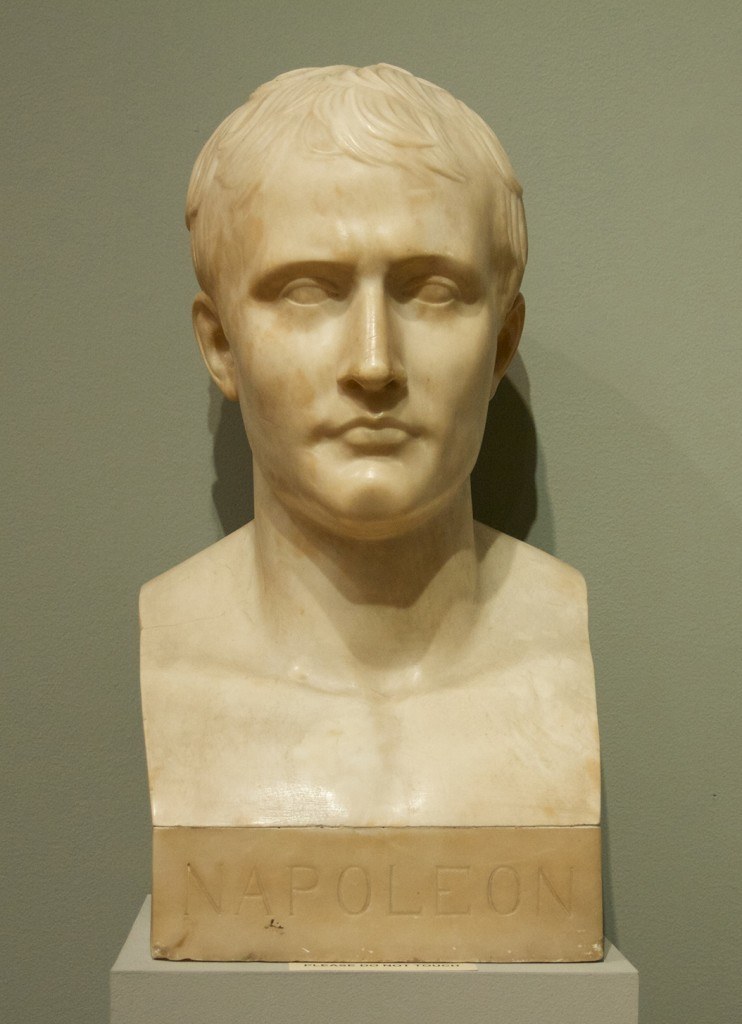 This bust of the French general and ruler, Napoleon (1769–1821), was known widely in the early 19th century. It was replicated by several sculptors as part of Napoleon’s self-promotional campaign. The advent of the neo-classical style suited Napoleon who called on the classical tradition and ideals of the Roman Republic. The young Napoleon became the First Consul of the First Republic in 1799 and after the coup of 18 Brumaire overthrew the constitutional government. In 1804 he made himself Emperor. Blending the real and the ideal, this period copy merges the likeness of the Emperor with a Roman leader. Chinard was influenced by the Italian neo-classical sculptor, Antonio Canova (1757–1822), who also made portraits of Napoleon.