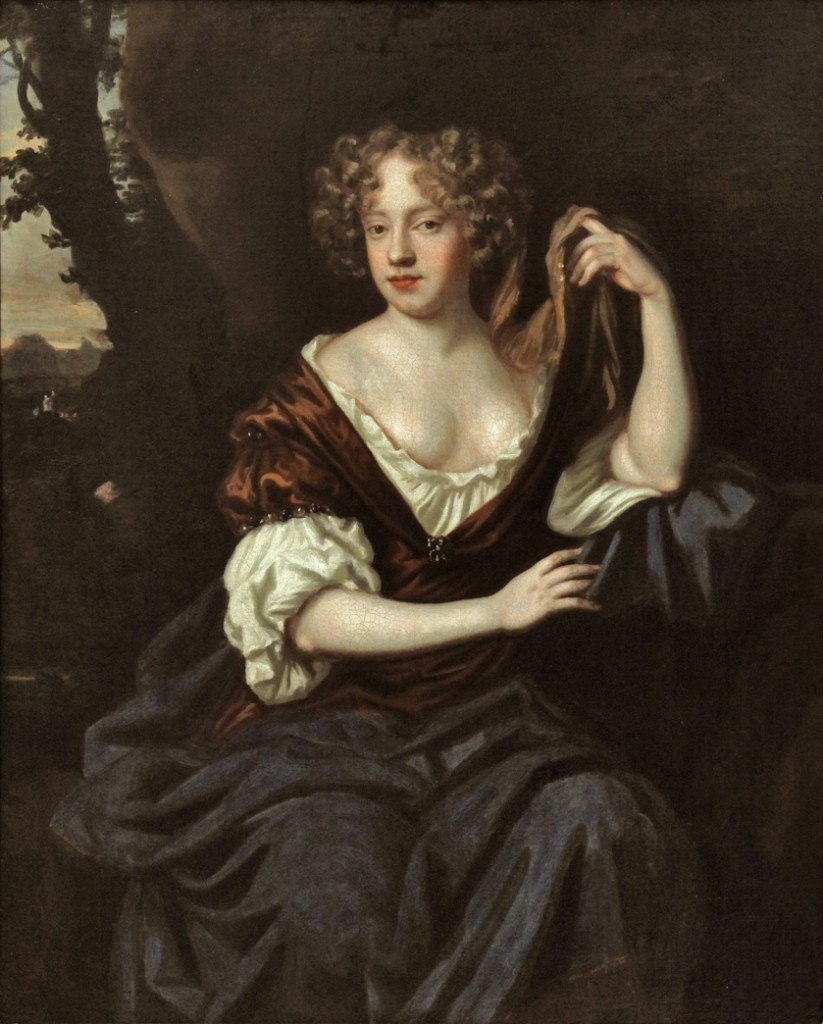 Gift of William G. Hipps in memory of his mother, Junita Redmond Hipps

Of Dutch parentage, Lely’s father assumed a new family name from the sign of the lily on the ancestral home in The Hague. Lely received his training in Haarlem and had assimilated Van Dyck’s style by the time he came to England in 1637. Later Charles II appointed Lely court painter and added a baronetcy to his knighthood. Lely was England’s most popular and prolific portrait painter for over thirty years. He posed beautiful, languorous women against romantic, idyllic backgrounds. His vigorous brushwork of billowing draperies served to emphasize the  artist’s treatment of rich and creamy flesh.

Our work depicts the actress, Nell Gwynn, mistress to Charles II, who bore him two children.