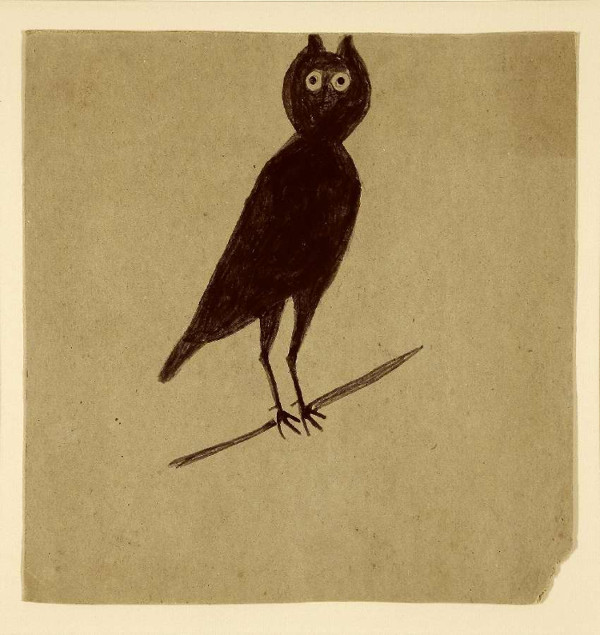 Charcoal, tempera, and pencil on cardboard

Gift of Martha and Jim Sweeny

Traylor’s work is recognizable for its flattened shapes and compositions and its modest materials. He found inspiration in the cardboard castoffs he used as his canvas; smudges and stains became inherent to his highly biographical work which addressed race relations and economic hardships.

Traylor was born into slavery on the George Traylor Plantation near Benton, Alabama. After the Civil War he stayed there, working as a field hand. He married and had 22 children. After the death of his wife and with his children scattered, Traylor moved to Montgomery, Alabama, and began to make lively images of people, animals, and birds on the street. The Montgomery artist Charles Shannon provided him with supplies, and saved much of Traylor’s work—he created roughly 1500 drawings in a relatively short period between 1939 and 1942. He seldom drew after this date, moving to Detroit and then Washington to live with his children, but returned to Montgomery in 1946.