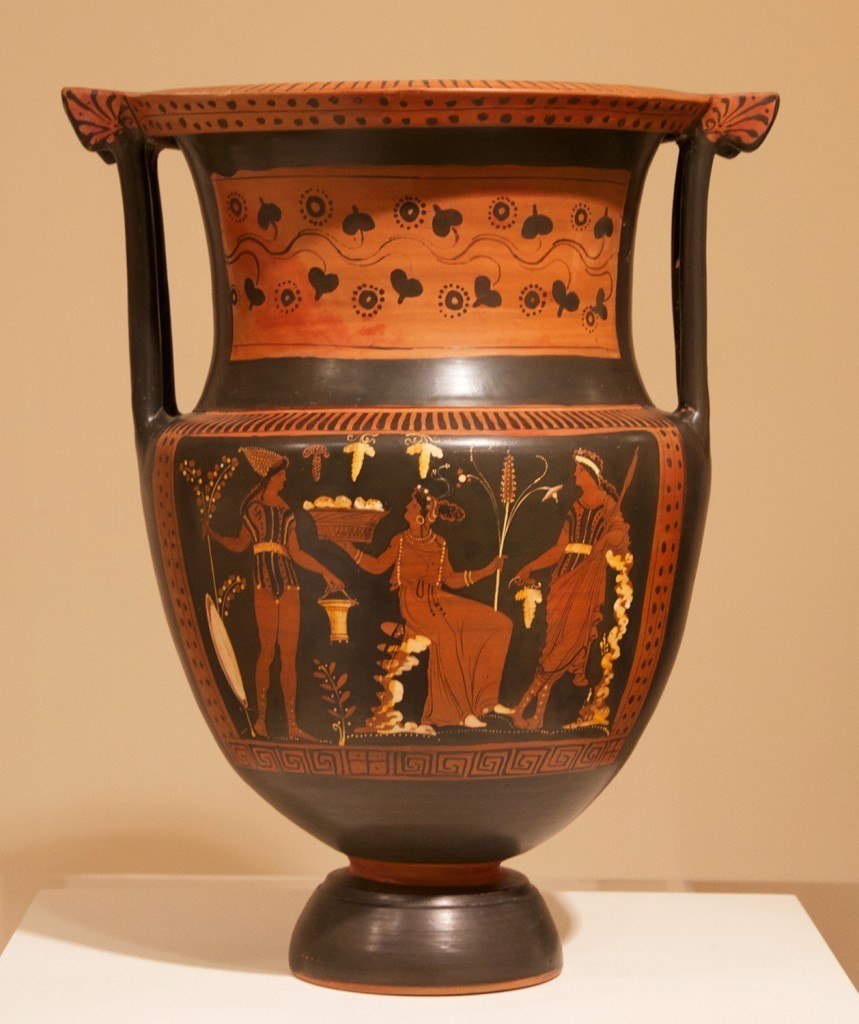 This pair of red-figure vases originated in the Apulia area of southern Italy (see the matching work on the other side of the Volute Krater). There, during the fifth and fourth centuries B.C. potters continued the Athenian traditions. Named for their columnar-shaped handles, vessels as these were used to mix water and wine before serving. They normally represent a collaboration between the potter who designed and made the vase, and the artist who painted it. The two kraters are close in treatment and show characteristics of the style of a decorator known as the Haifa Painter. These two vases come from his mature period, when youths in native costume appear more frequently.