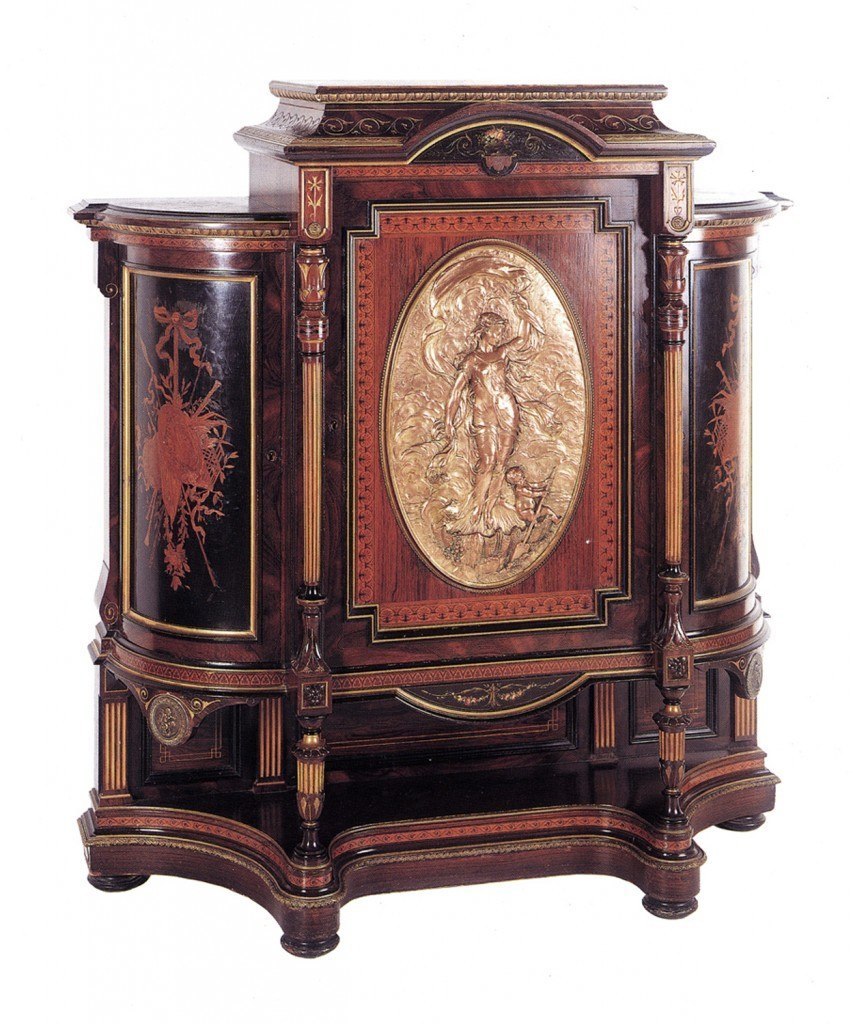 Gift of Margaret Cossé Richard in memory of the Cossé Family

This cabinet reflects a merger of periods and styles. It was likely produced in the era of the Aesthetic Movement, where painters, decorative artists, and designers collaborated to produce complex and harmonious environments. Its sources are eclectic. The form stems from German cabinets of about 1840, and it can also be related to the French style dominating the reign of Louis XVI. The ornament is inspired by Greek friezes, Gothic tracery, Renaissance motifs, and baroque embellishments. The sense of lift provided by the furniture’s feet is typical of the Herter Brothers’ style, as is the half-moon shape. However, Pottier & Stymus produced comparable pieces.