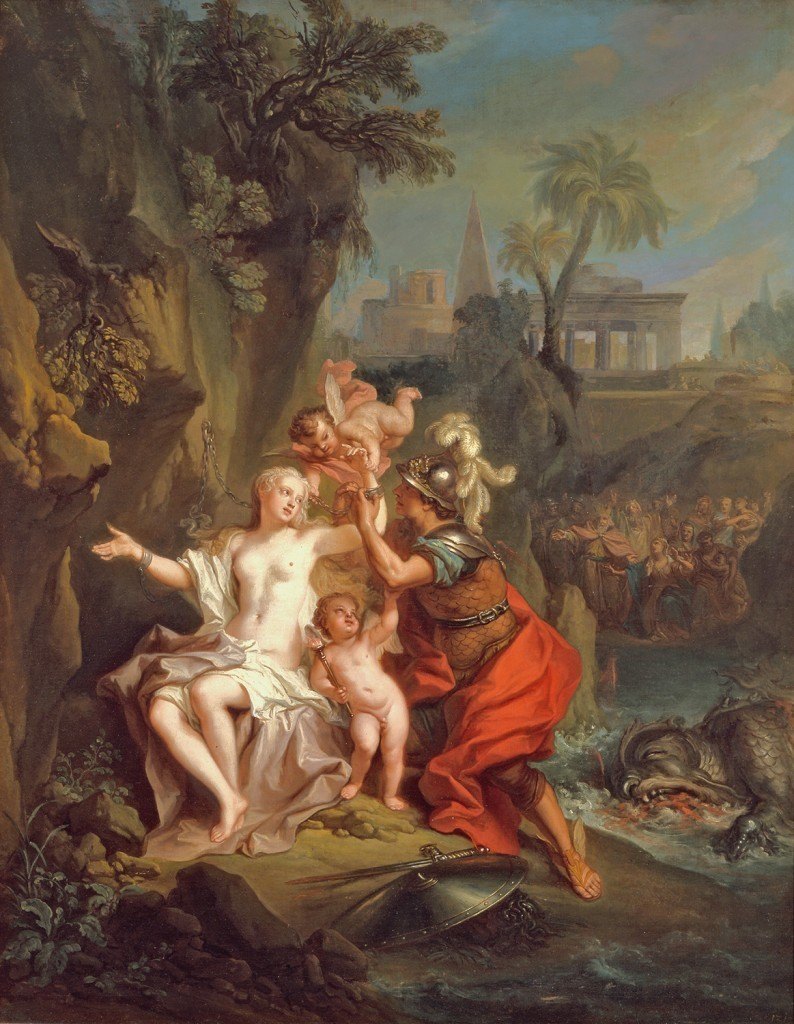 The fourth son of an engraver to King Louis XIV, Silvestre came from a long line of artists. He studied in France and Italy, and was elected to the Royal Academy at the age of 27. Called to Poland by Augustus II, Elector of Saxony, he painted a series of decorative works based on Ovid’s Metamorphoses, to which both of these paintings belong.  Away from the restrictions of the French art hierarchy, the artist reached a high level of artistic achievement, and is noted for his exceptional flesh tones and the graceful fluidity of his figures.