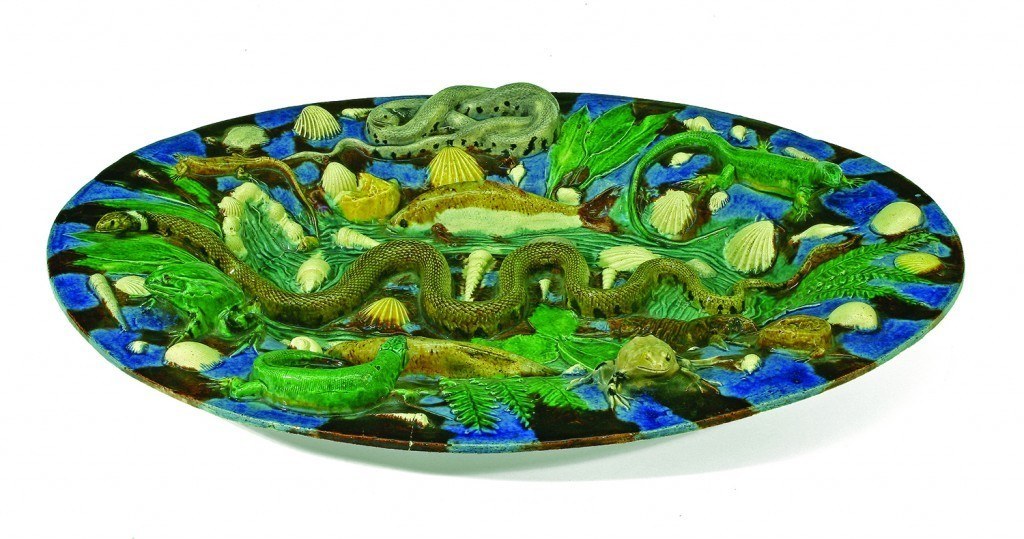 This exuberant platter, although utilitarian in form, was never used for serving. Such wares in the 16th century were placed on sideboards during festive occasions, as veritable trompe-l’oeil. They were inspired by the natural world, especially the rich fauna and flora of the riverbanks in and around Saintes, north of Bordeaux, where Bernard Palissy spent much of his career before moving to Paris. Palissy (1510–1590) was one of the most important French ceramicists. Trained in stained glass, he was a true renaissance man, learned in the arts and sciences and was patronized by the King’s mother, Catherine de’ Medici. Although his style was copied in his lifetime, with the re-evaluation of the French Renaissance in the 19th century, it was widely reinterpreted in France and Britain. However, this vessel expresses the balance and restraint of his contemporaries.