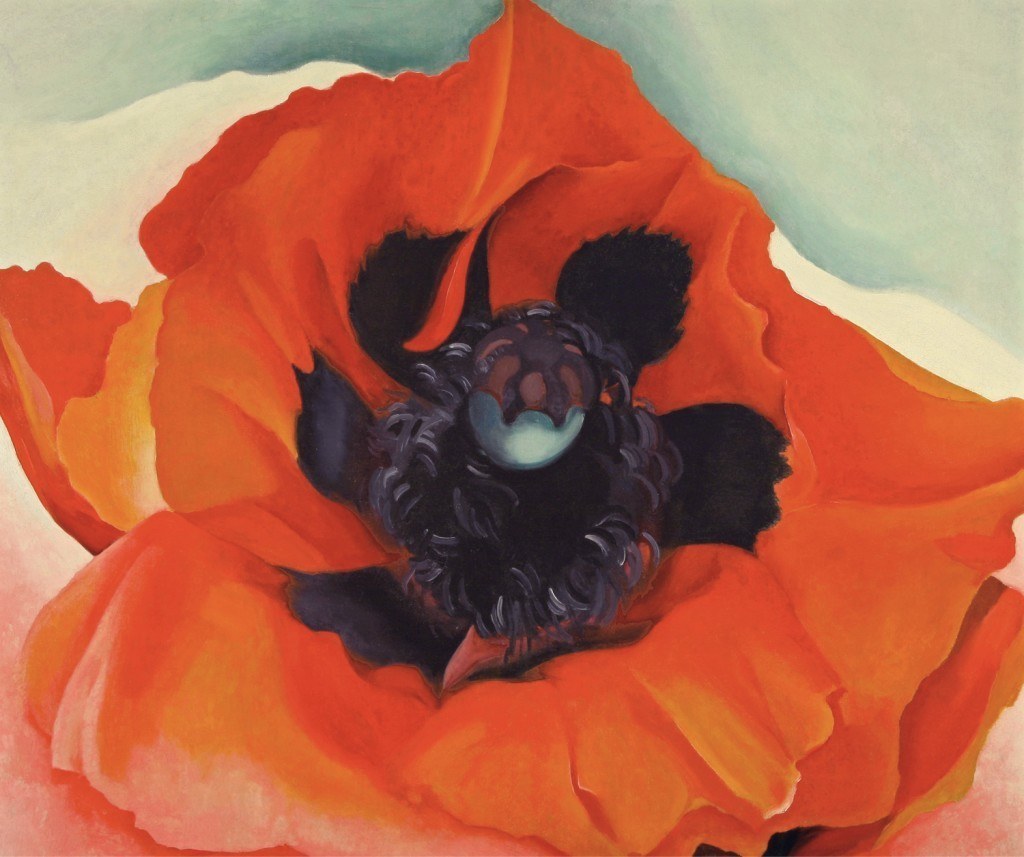 O’Keeffe painted flowers before 1924, but she later enlarged their scale, so “even busy New Yorkers” would take time to look at them. Often associated with women, flowers were also emblems of nature. In O’Keeffe’s era, women were often viewed in terms of their biology. A contemporary critic remarked that her flowers had “the air of self-portraits.”

Seven paintings of poppies are known. The two other large ones, Red Poppy and Oriental Poppies, are less menacing. Is this then her response to traditional flower painting and to critics who interpreted her work narrowly in terms of her sexuality? Her husband and dealer Alfred Stieglitz referred to this painting as “that wild red picture.”