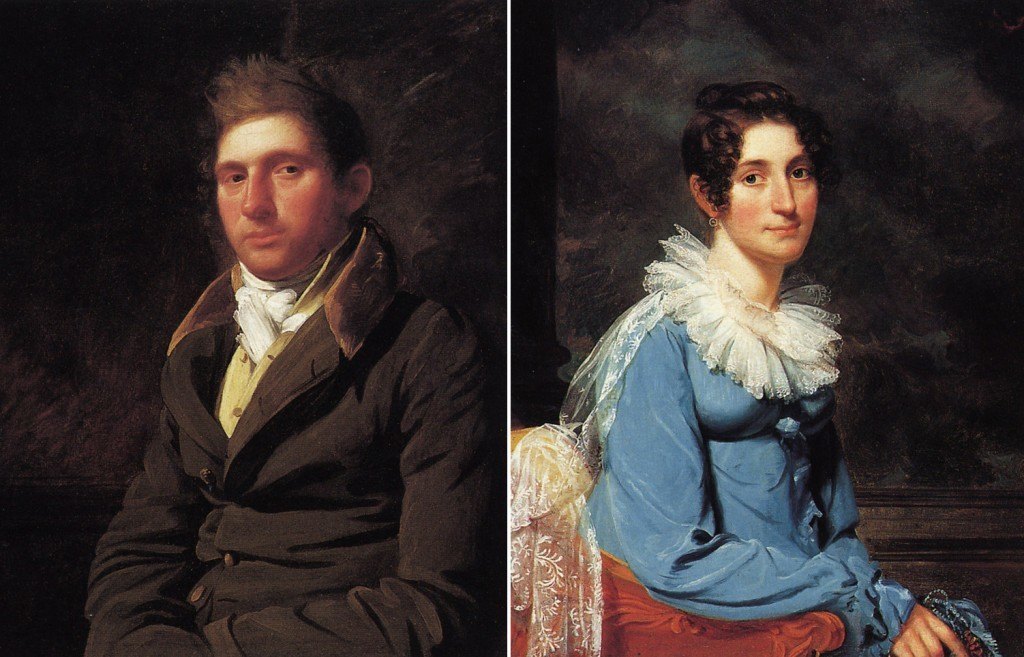 In 1806 Waldo began studying art at the Royal Academy in London. There, he was greatly influenced by his American teacher, Benjamin West, a leader in the English neoclassical movement, and by Sir Thomas Lawrence, who painted in the newer mode, related to Romanticism. When Waldo returned to New York in 1809, his reputation as a portraitist was well established. His direct style of painting was fresh, and his studio prospered. Many of his sitters belonged to New York’s wealthy merchant class. William Van Zandt descended from Manhattan’s early Dutch settlers. His father, Wynant, served on the building committee for the New York City Hall when Waldo was one of the artists chosen to paint the heroes of the War of 1812 for the new building. It may not be coincidental that the family asked Waldo to paint portraits commemorating the 1812 marriage of William to Abigail Avery who also belonged to a distinguished New York family.