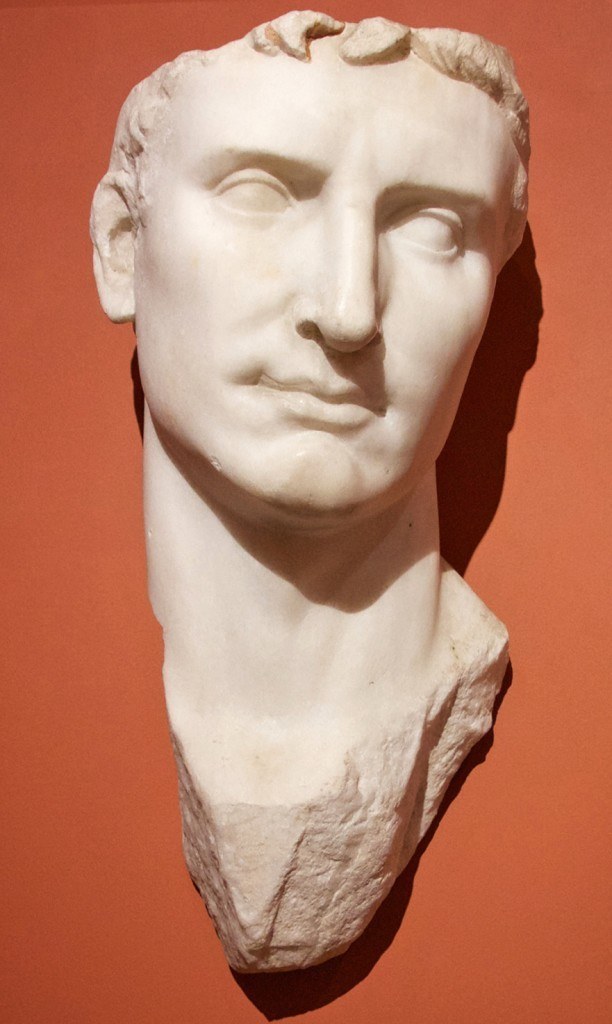 Egypt became the personal property of Augustus after he defeated the forces of Cleopatra the Great and Mark Antony in 31 B.C. In order to promote his sovereignty, he commissioned his artists to identify portraits of former Egyptian rulers and re-sculpt them into his own image. This may be one such re-cut portrait. Its unfinished state, clearly visible from the sides, was cleverly concealed in antiquity by being fleshed out in plaster and then painted. It can be identified as belonging to the Prima Porta type, named after the place in Rome where the best-preserved example was discovered in the 19th century (Vatican Museum). The distinctive features of the Emperor are imbued with classicizing overtones, indebted to the stylistic traditions of 5th century B.C. Greek sculpture, considered the height of artistic expression in the ancient world.