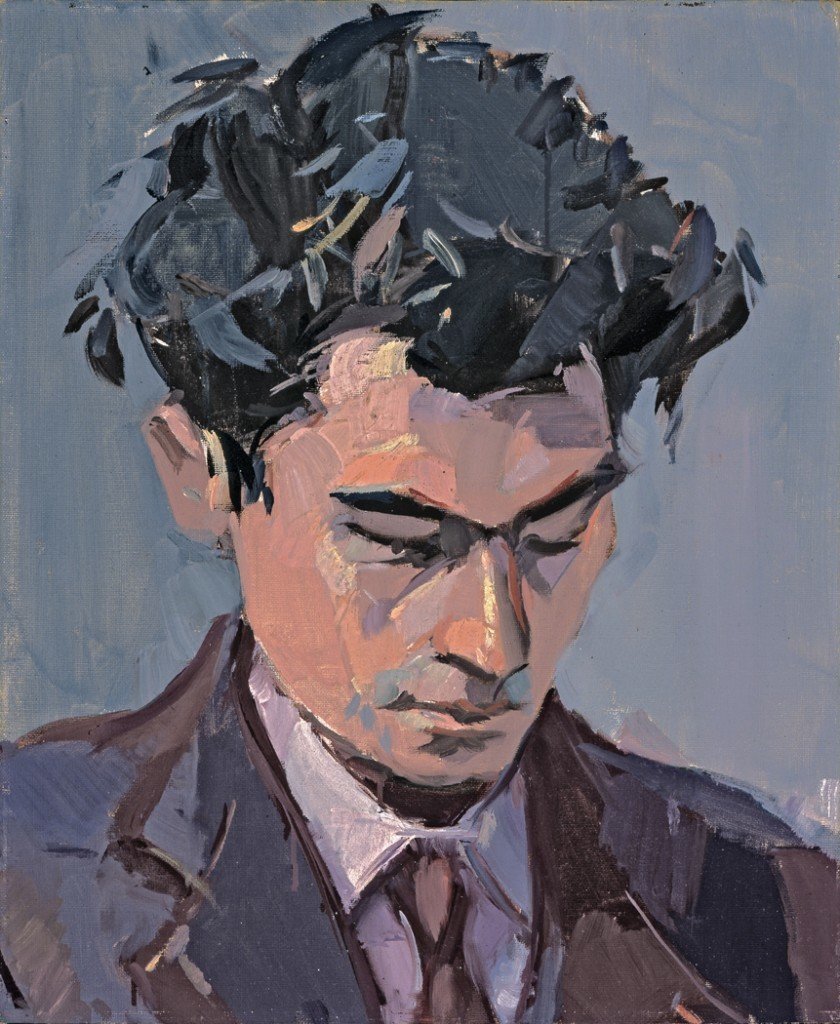 Gift of Mr. and Mrs. A. Reynolds Morse

Helion was an influential abstract painter associated with Théo van Doesburg and the Paris Abstraction-Création Group in the 1930s. After World War II, he returned to figurative art, as evidenced in this portrait of the noted, blind novelist and poet, Jacques Lusseyran.