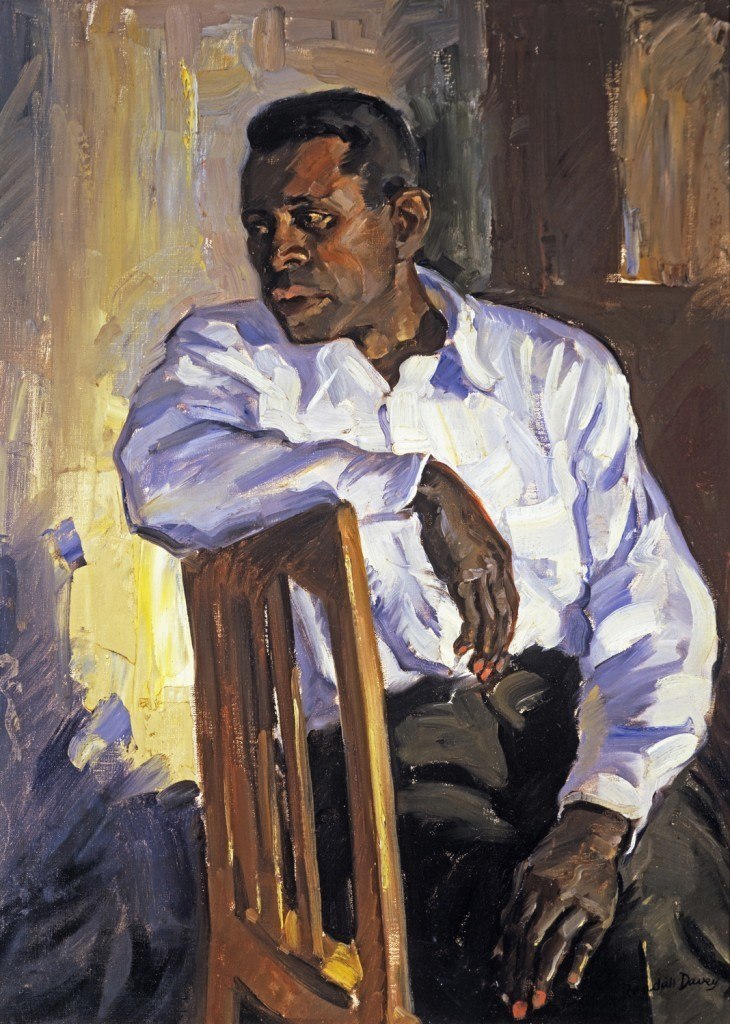 Museum purchase in honor of Carol A. Upham (Board President, 1998–2008) with funds donated by the Collectors Circle

This portrait of athlete, actor, singer, and civil rights activist Paul Robeson was painted as he came to prominence as a performer. He had his first Broadway success in 1925, when he played the title role in Eugene O’Neill’s Emperor Jones. This propelled him into a successful career on the stage and screen. An All-American football player and Valedictorian (he was only the third African American to be admitted to Rutgers University), he continued to play professionally while completing his law degree at Columbia University.

Davey studied with the legendary artist and teacher Robert Henri. At Henri’s suggestion, Davey and his friend John Sloan traveled to Santa Fe in 1919, where Davey settled in 1920. He maintained an active presence in New York, exhibiting his work in solo shows and with New Mexico artists and others in Henri’s circle, for example, George Bellows and Edward Hopper.