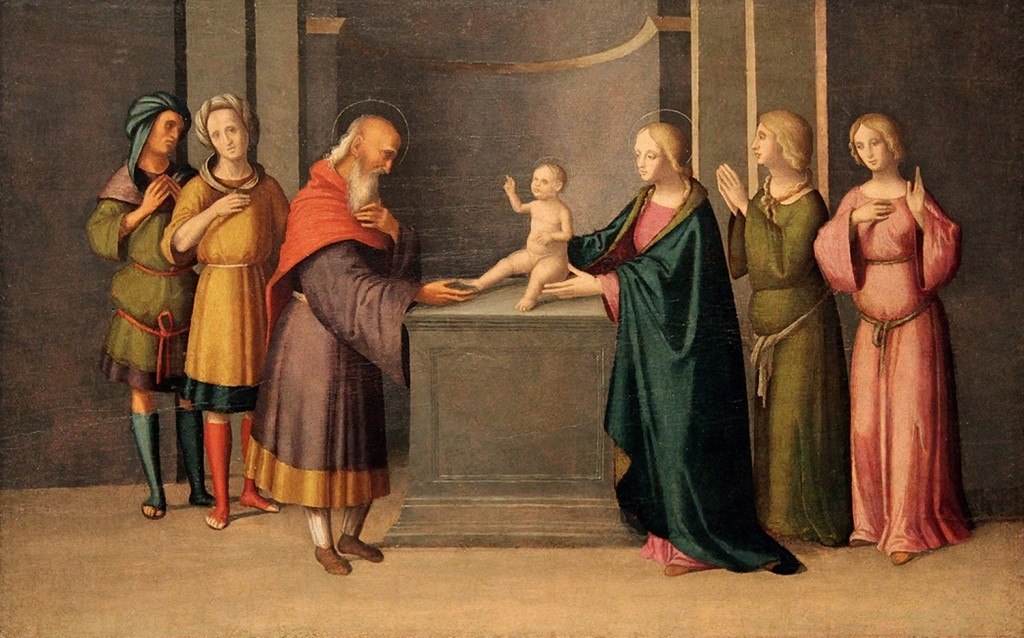 Presentation of Christ in the Temple

Extended loan from a private collection

After Jesus’ birth, Mary and Joseph presented him in the Temple at Jerusalem. There, the baby was recognized as the Messiah by an old man, Simeon, of whom it was prophesied that he would not die before seeing the Savior. Here, Jesus raises his hand in blessing, while Simeon bows his head. The focus is the Christ Child eager to acknowledge an old man’s devotion. With extreme economy, Palmezzano balances Mary and Simeon and pairs of male and female onlookers.

This tempera painting—a mixture of pigments and egg yolk—was probably part of a predella. These were smaller narrative panels placed below the principal scene of a large altarpiece. Palmezzano was a successful and prolific artist working in northeastern Italy at a time when linear perspective was increasingly understood and admired.