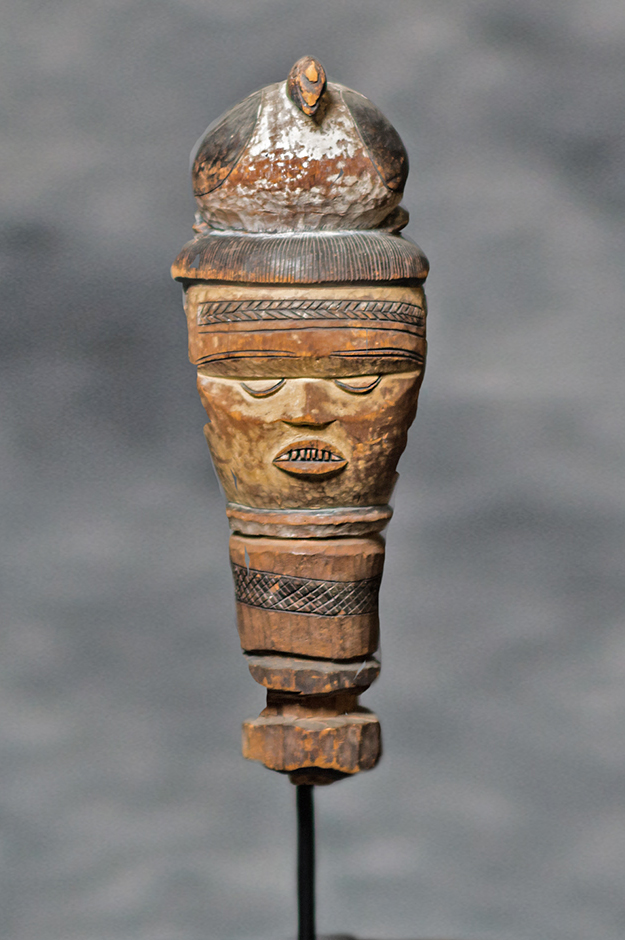 Gift of Dwight and Blossom Strong

This puppet portrays a stylized human head and is crowned with a carved bird. It would have been mounted on the end of a wand. During the masquerades of the serpent clan, one of two totemic clans among the Kuyu, a long raffia costume would be attached to the wand. Holding the wand high above his head, the dancer was hidden by the costume.