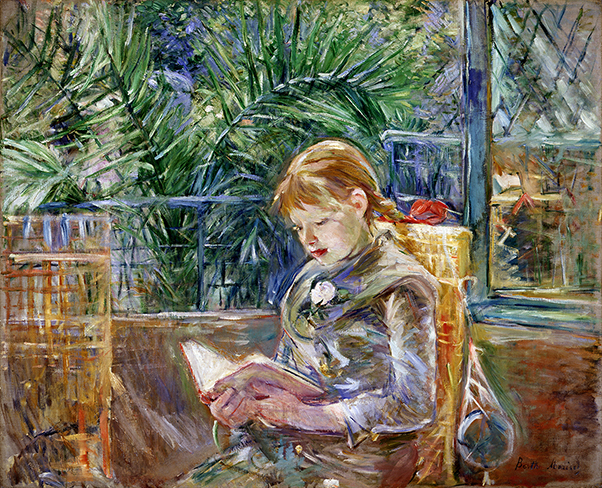 Morisot received professional training as a copyist in the Louvre and later received instruction from Camille Corot, through whom she made many important contacts. She began exhibiting at the Salon before contributing her work to the First Impressionist Exhibition in 1874. That December, Morisot married Edouard Manet’s younger brother, Eugène. She participated in all but one Impressionist show, due to the birth of her daughter Julie.

As a female artist, Morisot was restricted to domestic settings. Morisot assertively uses what is available to her, as seen in the Reading where the model is Jeanne Bonnet. Morisot used thick, bold brushstrokes with predominantly green and blue tones.