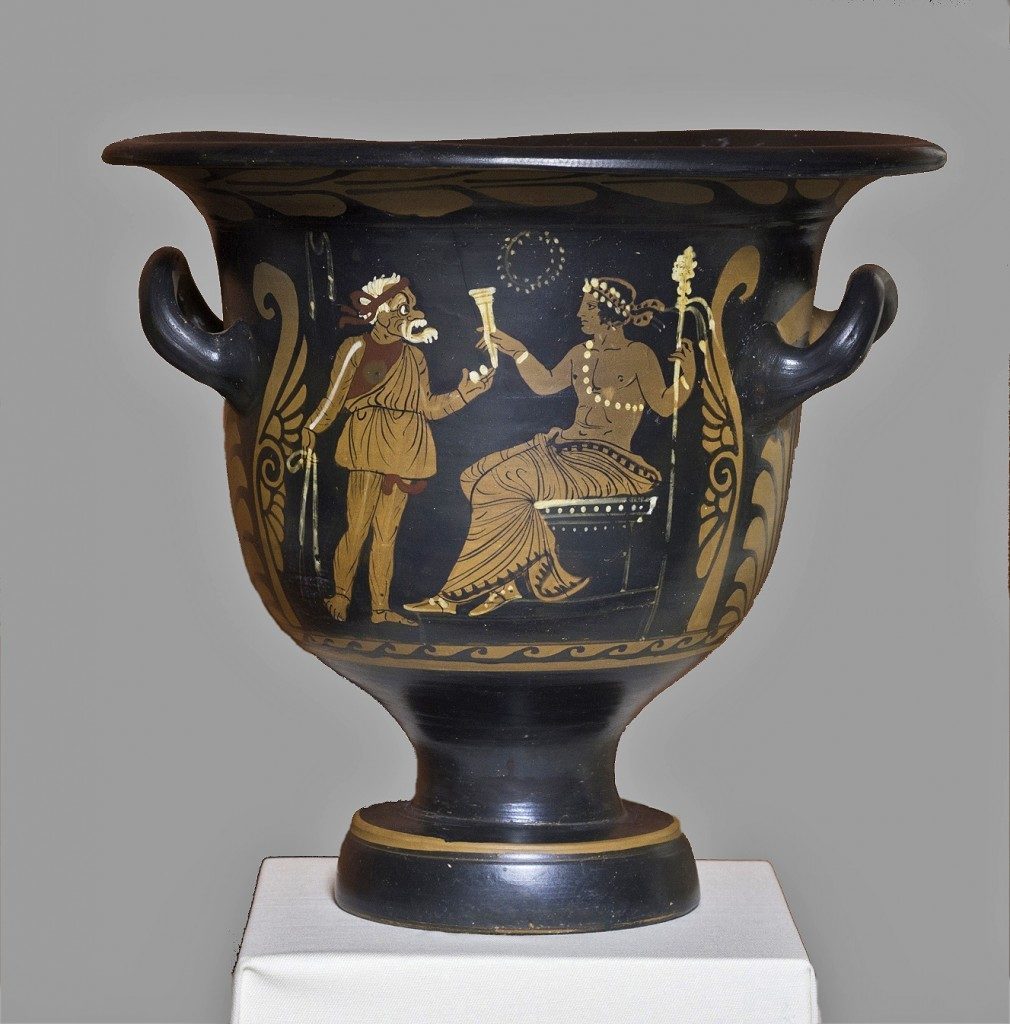 On loan from The William Knight Zewadski Collection

Red-figure vases produced at Poseidonia (modern Paestum, Italy) are recognizable because of the high levels of mica in the clay. It produces a distinctive warm-toned, brownish hue. The dominant themes of these vases revolved around the god Dionysos. By the fourth century B.C., the associations between Dionysos and the theater were commonplace. Vase painters often depicted him with actors, as seen here.