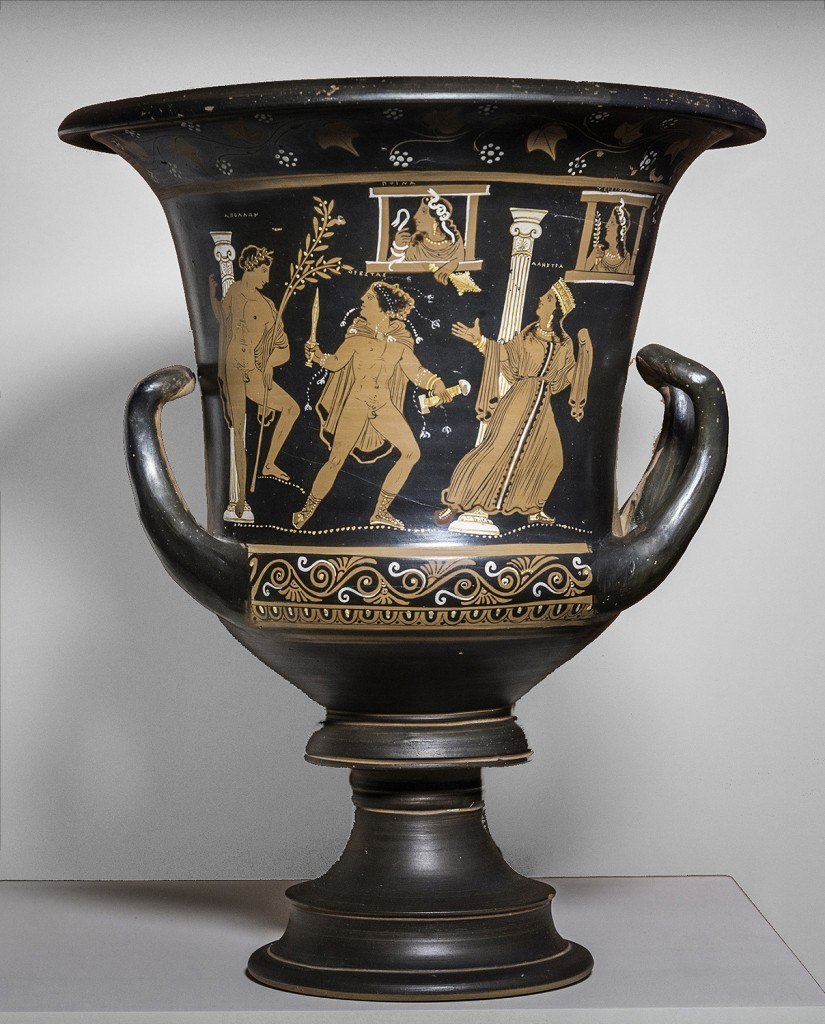 On loan from The William Knight Zewadski Collection

This extraordinary painter imaged a scene related to the Oresteia, a tragic cycle written by the Athenian playwright Aeschylus that won first prize in the dramatic contest at Athens in 458 B.C. Represented is an episode from Electra: Orestes (center), as a suppliant, has taken refuge in the sanctuary of the god Apollo (left) at Delphi, accompanied by Electra (right), pursued by the Furies (above).