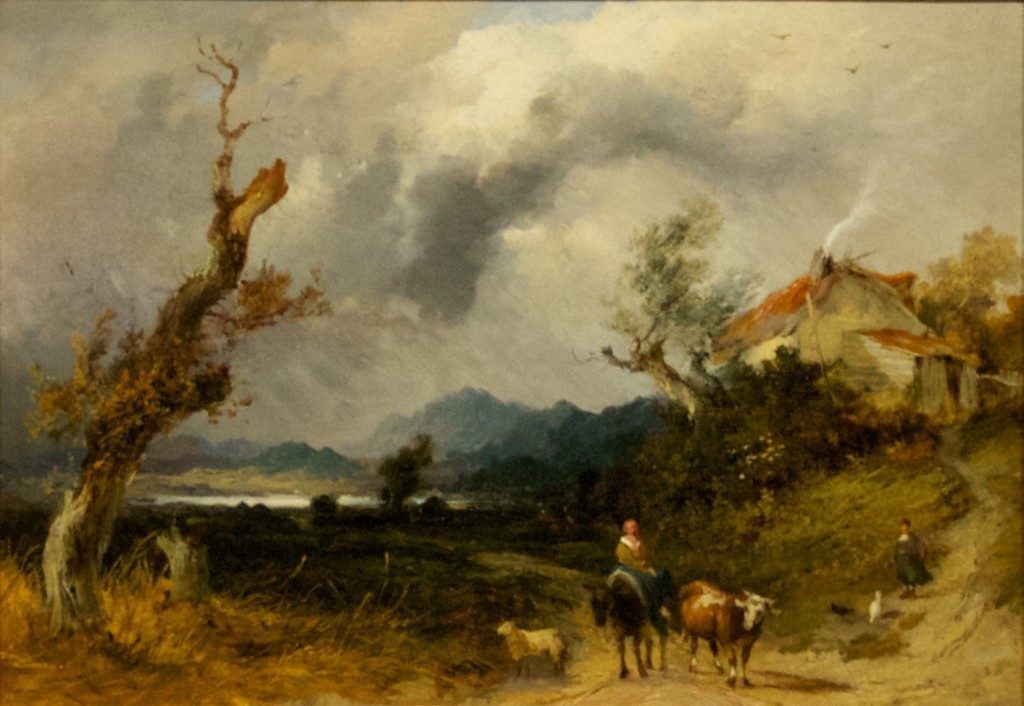 Classical concepts of landscape, as exemplified by the ideal paintings by Claude Lorraine and Salvator Rosa, informed earlier British art. Yet, seventeenth-century Dutch landscape painting also appealed to British artists. This landscape (once attributed to David Cox) recalls seventeenth-century Dutch precedents, and bears a striking resemblance to the rustic scenes on Abraham Bloemaert’s canvases. Interest in the effects of light and atmosphere, as well as weather conditions, exemplify much of British painting.