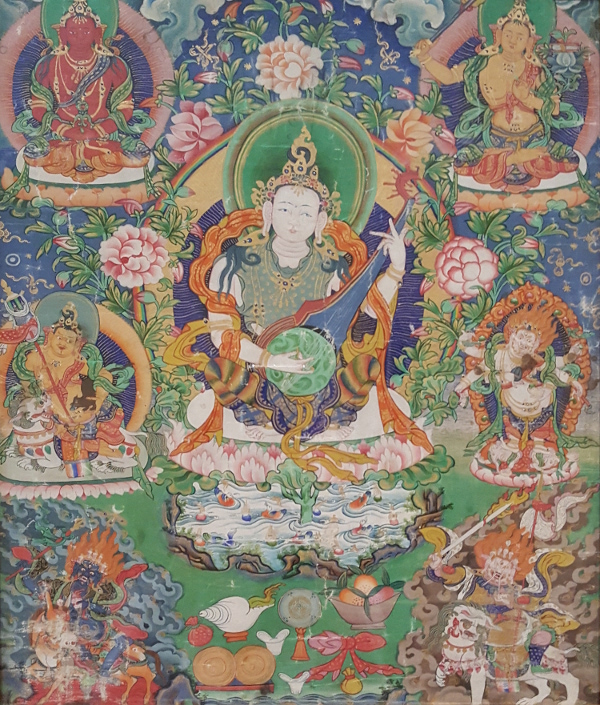 Sarasvati is the goddess of music, poetry, and rhetoric. She moved from the Hindu to the Buddhist pantheon. As the devi of learning she is invoked by students before taking an exam. She is surrounded by six figures: on the top, Amitayus Buddha and Manjushri with his flaming sword; in the middle, Suvarna Vaisravana and Mahakala; below, Palden Lhamo and Vajrasadhu.