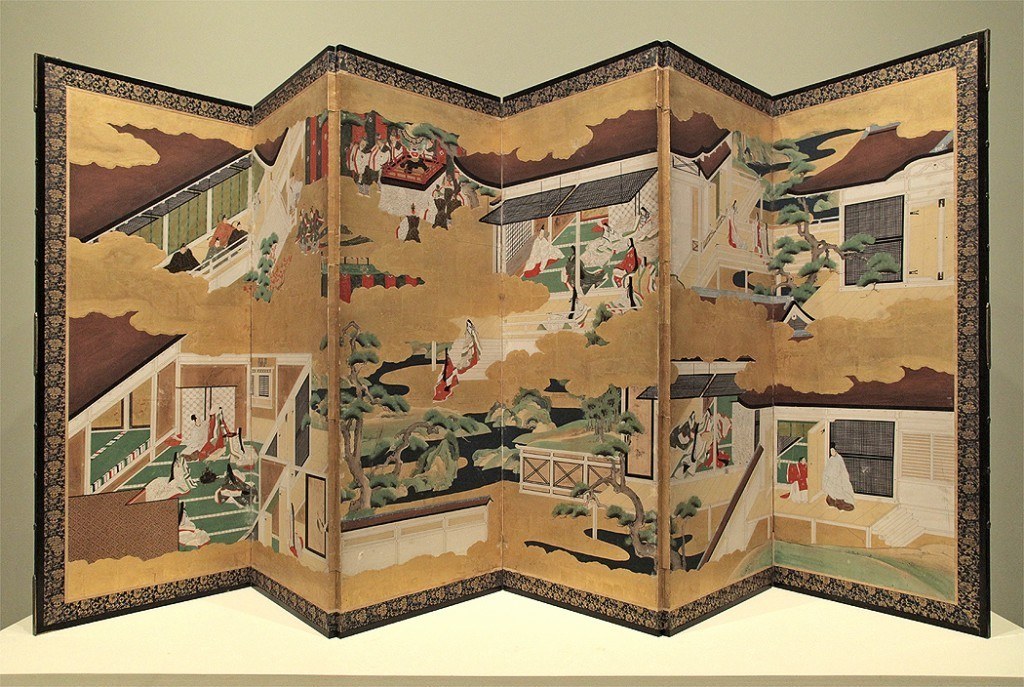 Scenes From The Tale of Genji

Museum purchase with funds donated by John E. Schloder in memory of his father, Charles Schloder

Screens played a vital role in dividing spaces in Japanese homes, castles, and temples. They were periodically rotated to correspond to the seasons, festivals, or according to the whim of the collector. The Museum also rotates its light-sensitive screens every few months, to assure their preservation for generations to come.

This 17th–century screen portrays one of the most famous subjects in Japanese literature and art, The Tale of Genji, attributed to the Japanese noblewoman, Murasaki Shikibu, in the early 11th–century. It is sometimes called the world’s first modern novel. This fictional work recounts the life of the son of the Japanese emperor, who is represented in several scenes here, and describes the customs of the aristocratic society during the Heian period (807–1185). It has been the subject of numerous art works since the 12th–century, translated into cinematic form several times, and even adapted into an opera (first performed in 2000 by the Opera Theater of St. Louis). As is often the case, the artist of this elegant work is not known.