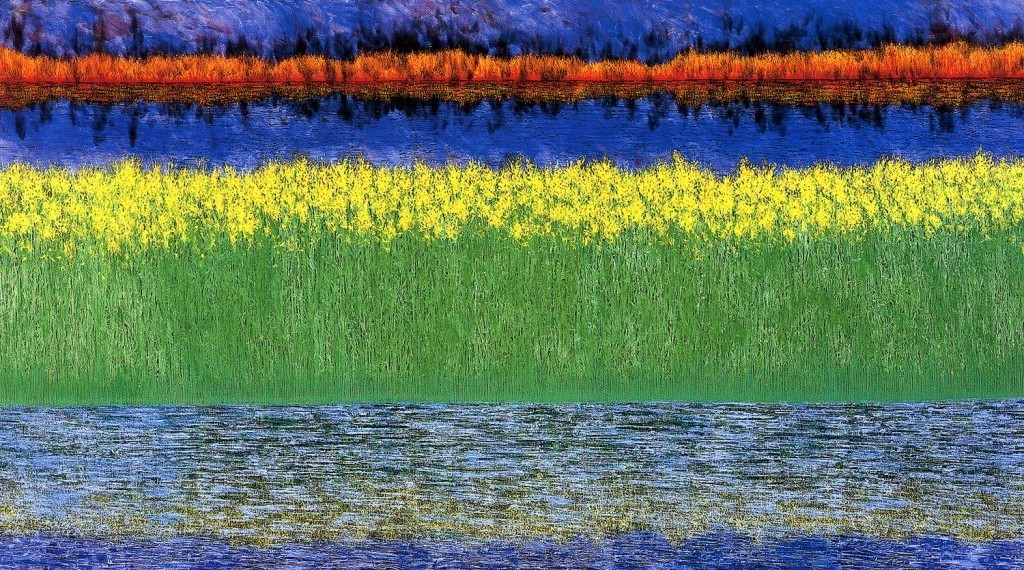 The only child of the Surrealist Max Ernst, Jimmy Ernst spent his first 40 years of artistry as an abstract painter. He associated with the Abstract Expressionists early on and introduced many of the group to the expatriated Surrealists, including his father.  In 1978 he and his wife moved to Florida and settled near Nokomis.  His widow believes that he was inspired by their first trip to the Everglades, which he called “that endless, wonderful expanse of grass,” and also by the view of the intercoastal outside his studio window.  This led to a series of paintings that departed from his non-objective works.  The Museum’s painting is one of two mural-scaled canvases, the other being in the Solomon R. Guggenheim collection.